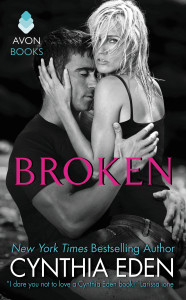 Ex-SEAL and LOST founder Gabe Spencer is accustomed to the unusual in his job. But when knockout Eve Gray steps into his office, he’s rattled. For the mysterious woman is a dead ringer for the heiress thought to be the latest prey of the serial killer who goes by the name Lady Killer.

When Eve awoke in an Atlanta hospital, her past was a blank slate. Then she recognized her own face in the newspaper and vowed to learn the truth. Determined to confront the nightmares hidden in her mind, she never expects to find a partner in Gabe.

As Gabe and Eve work together, their explosive attraction becomes irresistible. Gabe knows that his desire for Eve is growing too strong, bordering on a dangerous obsession, but nothing pulls him away from her. And when another Eve lookalike disappears, Gabe vows to protect Eve at all costs. While Eve may have forgotten the killer in her past, it’s clear he hasn’t forgotten her.

OMG!!!!  I would be broken too if I were Eve.  Broken, but she has the heart of a survivor.  She might think she is weak, but we all know, including Gabe, she is anything but.  Gabe knew the minute he opened his office door that there was something special about Eve.  He was intrigued by her.  He couldn’t keep her hands off of her even though he knew he had to.  She feels connected to Gabe.  They have something in common.  They bond over it.  He just wants to keep her safe and give her what she wants.  Eve just wants to know who she is.   Who is out to hurt her?  Be Careful what you ask for, you just might get it!

I have to say, I did figure it out who did it before the end of the book.  No, I won’t tell you.  You have to read the book yourself.  I read the book in only a couple of hours because I was so riveted by it.  A definite read. 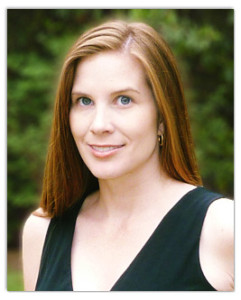 Award-winning author CYNTHIA EDEN writes dark tales of paranormal romance and romantic suspense. She is a New York Times, USA Today, Digital Book World, and IndieReader best-seller. Cynthia is also a two-time finalist for the RITA® award (she was a finalist both in the romantic suspense category and in the paranormal romance category). Since she began writing full-time in 2005, Cynthia has written over thirty novels and novellas. Cynthia lives along the Alabama Gulf Coast. She loves romance novels, horror movies, and chocolate. Her favorite hobbies include hiking in the mountains (searching for waterfalls) and spelunking.

Thank you so much for participating in the tour for Broken!!

Thank you for hosting BROKEN!