Cover Reveal of Honor of the Wolf by Lori King 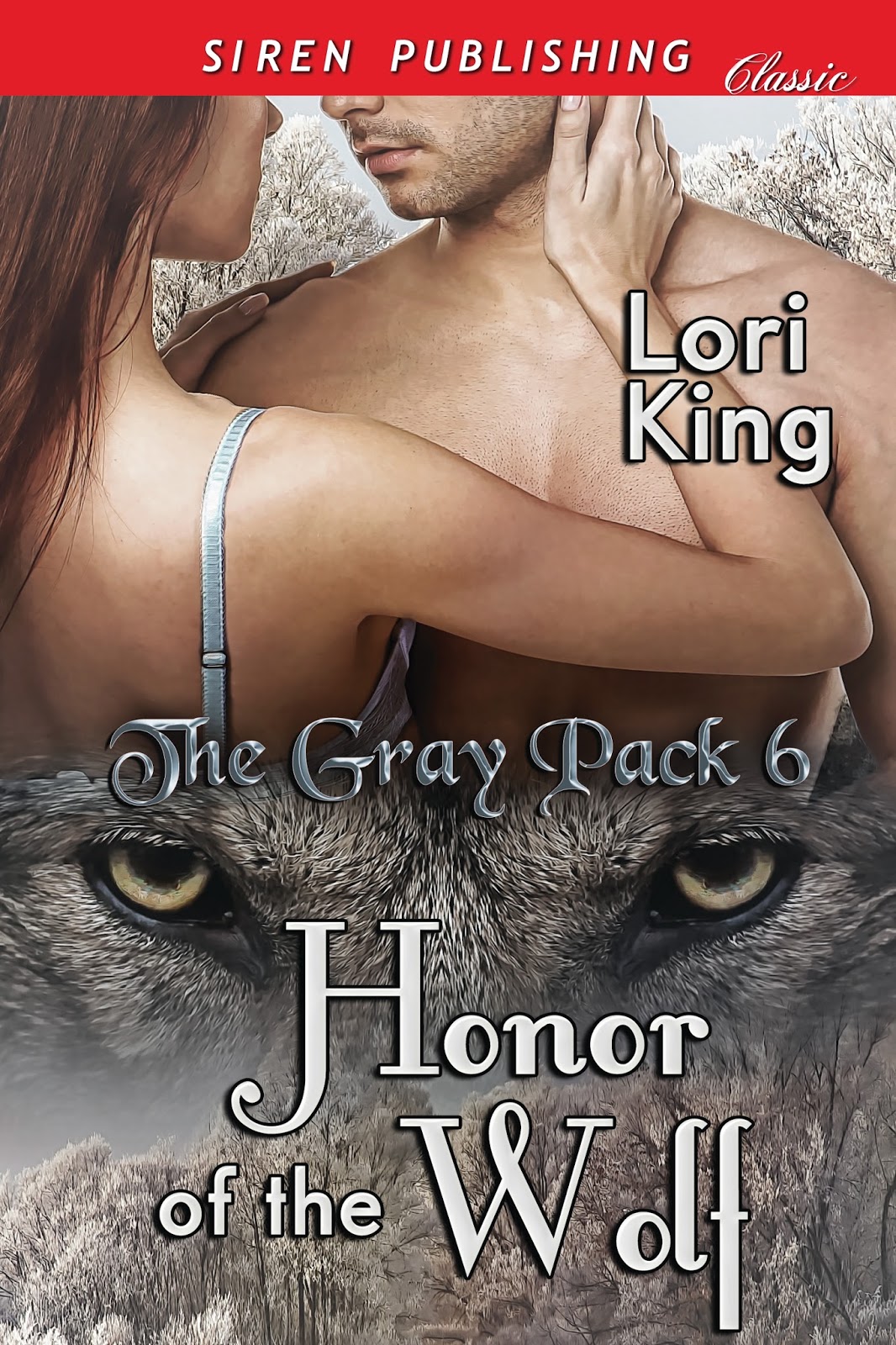 Being a Beta wolf in the Gray Pack is one of the highest honors Luke Gray has ever attained, but he wants so much more for himself and his pack. The recent shift in mating habits, has disturbed his idyllic view of their way of life, and worse yet, no one else seems to understand his point of view.
Tavi Reid is a woman full of grit, and determination. She’s come too far, and worked too hard to let an arrogant man with a chip on his shoulder throw her off track. Even if he’s sexy as hell and makes her weak in the knees, she has to stay focused on her daughter and their future.
They are both tested with traumatic new changes to their lives, but will they lean on each other to get them through, or will these two independent individuals end up with disaster on their hands? Honor is not a right, it’s earned… 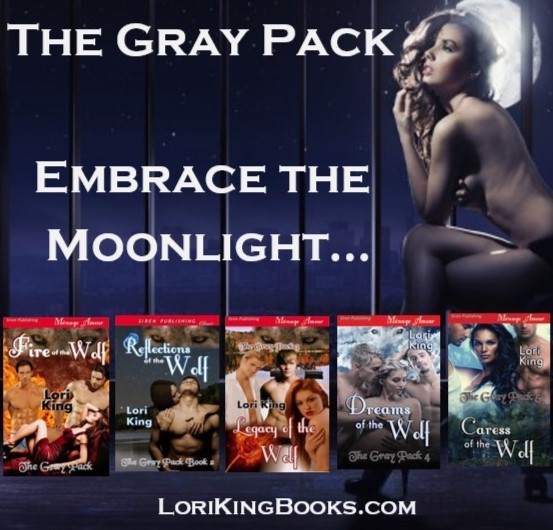 “Why are you here, Luke?” she asked softly, tipping her head to look up at him. In the shadows of the night, he looked lethal and sexy as hell. His granite sharp jaw working with tension, and his full lips pursed in thought.
“I needed to see you again.”
She shook her head, “Why? Didn’t we say everything we needed to say last night? You’re a young, sexy, single guy looking for a one-night stand, and I’m a tired, single mom. That’s like trying to mix oil and water. It won’t work.”
“You think I’m sexy?” he asked, the corner of his mouth curving up. She laughed, and shook her head. “Look, Tavi, I don’t know why I’m here, or honestly how I ended up here.” The genuine look of confusion on his face concerned her, but it was the honesty in his eyes when he lowered to a crouch in front of her, that really stole her heart. “I feel like there’s something in my chest that’s connected to you. When I try to stay away it pulls me back. I don’t understand it, and I don’t know how else to explain it, but it’s there. I don’t know shit about relationships, so I can’t promise you more, but—”
“Did you hit your head, Luke? I have a daughter. I don’t do one-night stand, and I sure as hell don’t do them with men who stalk me.” She interrupted, frustrated by the deep desire in her heart to say yes.
“Stalk you?”
She gestured around them, “Well I don’t see you visiting so often for the ambiance.”
“I’m not trying to stalk you. Shit. I just want to spend some time with you.”
“So what, you’re going to get to know me out of curiosity?”
“No! Yes. Maybe? I don’t know.” He looked so confused and frazzled that it made Tavi’s heart ache for him. She wasn’t sure she wanted him to know how strong the feelings in her own body were right now.
“When you do know what you want, you know where to find me.” She stood and turned to leave, only to run smack into his hard chest. With a startled yelp she clutched his shirt to keep from falling over. She had no idea how he’d moved so quickly, but she didn’t have time to ask before his mouth came down on hers.
She might have chalked up yesterday’s physical reaction to a fluke, but as he pulled her in close and ravished her mouth she felt her heart pounding in her chest. This was no fluke. This was passion, and a perfect feeling of rightness in the world. Luke fit her like a puzzle piece, and together they were explosive.
Pulling back, she ended the kiss with a gasp of fresh air and a groan of disappointment. There was no way she could keep putting him off if he kept kissing her.
“Luke, I can’t.”
His eyes flashed in the shadows of the night, and she could see his jaw muscle clenching in frustration. “Why?”
“I’ve already told you why. I don’t want either of us to get hurt. You aren’t what I need in my life.” She backed away from him, pulling her coat tight around her chest to combat the icy cold air on her scorching hot body.
“How do you know that if you won’t even get to know me?”
She shook her head and fought back tears. “I’ve already survived one man who convinced me to listen to my body instead of logic.”
A heavy silence settled between them, and Tavi felt torn. Her instincts were telling her to throw herself back into his arms and hold on for dear life. She wanted to spend eternity wrapped up in his embrace. But it just wasn’t the right thing for her, or her daughter.
“I’ve got to get back to work. Go home, Luke, and forget this ever happened.” She made it to the parking lot before he spoke again, but his words echoed in her head for the rest of the night.
“I can’t. I wish I could baby, but I can’t.”

Best-selling author, Lori King, is also a full-time wife and mother of three boys. Although she rarely has time to just enjoy feminine pursuits; at heart she is a hopeless romantic. She spends her days dreaming up Alpha men, and her nights telling their stories. An admitted TV and book junkie, she can be found relaxing with a steamy story, or binging in an entire season of some show online. She gives her parents all the credit for her unique sense of humor and acceptance of all forms of love. There are no two loves alike, but you can love more than one with your whole heart.
With the motto: Live, Laugh, and Love like today is your only chance, she will continue to write as long as you continue to read. Thank you for taking the time to indulge in a good Happily Ever After with her. Find out more about her current projects at:
Website  |  Facebook    |   Twitter 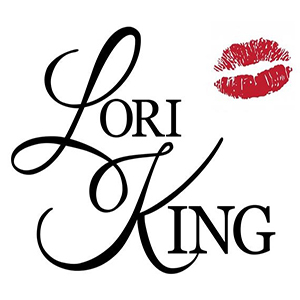 Lori King Grey Pack Giveaway!!!
Lori is going to give away a set of the first three books in The Gray Pack Series to a lucky winner. To qualify all you have to do is leave a comment on this blog post.
Good luck everyone!!
📂This entry was posted in Uncategorized

WINNER! Email LoriKingBooks@gmail.com to collect your prize! Be sure to mention SiK Reviews and Honor of the Wolf!

3/6 I beginning to love shifter stories.

Love the cover the eye’s on the wolf 🐺.

This excerpt is great! Can’t wait to check it out.

Congrats on the new release.