Blue Moon Books by A. E. Via

SiKReviews Comment
On September 26, 2014, the second book in the Blue Moon books was released, This is Reality.  In the first book, we are introduced to Angel and Max and their friends and family.  We watch them fall in love and overcome many obstacles along the way.
In this second book, we take at the love stories of Hawk, Pierce, Shot & Fox along with some of the other Beastmasters.  We had small intros to these stories in the first book, but in this second book, we get a more in depth look.
Of the two books, I like the first one better.  Not saying the second one is not full of love, passion and action, because it is.  However, I was able to get more emotionally attached to Max and Angel.
That being said, however, I did enjoy Hawk and Pierce’s story.  Hawk just has that mystery that surrounds him that attracts me.
Ultimately the one thing about both books that I love, is how we see more than the two main characters.  I really enjoy seeing the same story through other POVs.  It gives you more to the story, and rounds it out.  All in all, both book are worth giving a read.
If you like to read about hot men who find love and passion with each other while their very lives are on the line, then the Blue Moon books are for you.  I give both books 5 Hearts!!!
It is a hot and awsome read. 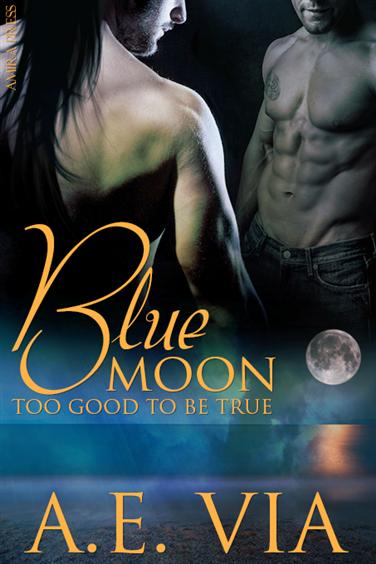 BLUE MOON: TOO GOOD TO BE TRUE
Angel DeLucca is one of the most sought after gay bachelors in Virginia Beach. He’s smart successful, lethal, and more than anything he’s drop dead gorgeous. Angel has his pick of the men that come to his popular Oceanfront night club, but lately the one night stands haven’t been enough…Angel craves something deeper. When a one night hook-up goes terribly wrong, Angel comes into contact with the breathtaking Maximus (Max) Strong.
Max is a firefighter for the Virginia Beach Fire Department. Max is beautiful, charming, and also very straight. One meeting with the mysteriously, sexy Angel DeLucca and a whiff of that silky, jet black hair, Max finds himself questioning everything he’s known to be true about himself. Max tries desperately to understand the new feelings he has for another man and turns to his gay, older brother…Ryker.
Ryker has always been Max’s protector and his guide their entire lives, which has left him feeling uncared for and alone to handle his own life’s problems. Ryker craves to be taken care of, he craves the attention and praise of a Master. No one knows the dark desires within him until Angel’s Chief of Security, Sebastian ‘Bass’ Bagatelli, shatters that secret with their first intense encounter.
How will Angel win the heart of the straight firefighter that was tailor-made just for him? Will Max be able to continue denying his feelings for another man? Can Ryker and Bass get through their personal issues to take and receive what they both need from each other? Or will they each give up on a happiness that appears too good to be true? 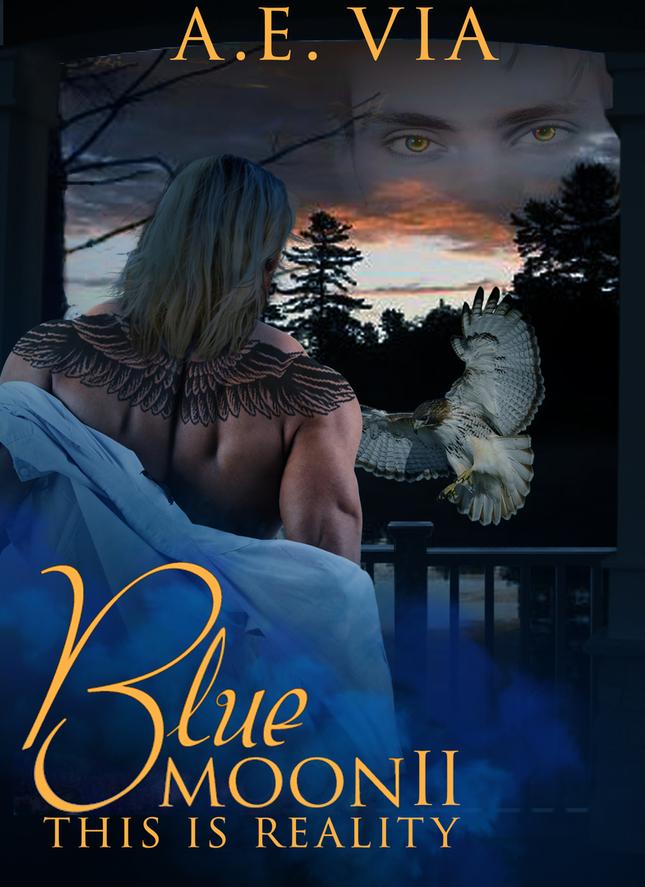 BLUE MOON II: THIS IS REALITY
Pierce aka Strategic Intelligence Specialist, Backhander is back to flush out some of the DEA’s most notorious criminals, and he has  one helluva’ team backing him up. The country’s most decorated Navy Seals…the Beastmasters.
Pierce is more than capable of doing his job, but he has one insanely hot distraction that continuously causes him to second guess his hidden orientation– Dane Aramis, call-sign, Hawk. Hawk can see what most people can’t, and whether his sexy Pierce wants to admit
it or not, he can see the brilliant man’s desire runs deep for him.  Hawk is not the type of Seal to lose his man. Pierce will be his.
However, when Pierce and the Beastmasters are on their final assignment, the last person they expect to encounter with the opposition is rogue assassin…Omega.   The man is unstoppable, and when he comes too close to what Hawk holds dear, the Beastmasters call on the only man that can control the lethal assassin. Omega’s faster more skilled brother, Alpha.
Bringing Alpha – the deadliest man in the world that has no allegiances and no alliances back into society may be disastrous for everyone involved. But, Hawk is willing to take that risk to keep Pierce safe.

“Something on your mind, Backhander?” Hawk’s eyes stayed on him, locking him in place.

“Yes. I commanded you to stand down. I wanted those men alive for interrogation. Dead suspects can’t help me,” Pierce said while staring at Hawk’s forehead.

Hawk raised one corner of his sexy mouth and stepped in closer to him. “I follow no one’s commands. My allegiance is to the Beastmasters, not the DEA, not the FBI, not the CIA, and for damn sure, not you.” Hawk accented each statement with a step closer to Pierce. “You’re fooling yourself if you think by running off a few high-ranking smugglers and traffickers that you’re making a difference. When you cut off the snake’s tail, he grows another one.”

After repeatedly backing up from Hawk’s advances, Pierce’s back was up against the side of the eighteen-wheeler. It was just him and Hawk, the dark stillness of the night, and one massive-ass gun at his side. The rifle was over half the length of the man wielding it.

Pierce looked down at the weapon and back up into Hawk’s eyes. “Do you have the safety switched on on that thing?”

Hawk snorted at Pierce’s comment. “Safety? No. Why? Are you afraid of my weapon, Backhander?”

Damn this man has no respect for personal space.

“You need to back the fuck up.” Pierce tried to inject some venom into his voice. Hawk had his entire body pressed up against him, his six-foot four inch height making his shoulder length brownish-blond hair fall down onto Pierce’s face, cocooning him from the cool breeze coming off the mountains of Roanoke, Virginia.

“First, I want to clarify a couple of things, Backhander. This sexy beauty beside me is my weapon, and don’t you worry, it would never be used to harm one hair on that pretty little head of yours. Now this is my gun.” Hawk thrust his cock hard into Pierce’s front, making him grunt at the pain and holy fuck, the pleasure.

“You keep accusing me of ‘liking to get my gun off’, right?” Hawk smiled down on him. He lowered his plush lips to Pierce’s ear and groaned against it.

“You keep shooting of that sexy mouth of yours Backhander, and I’m going to show you just how I get my motherfuckin’ gun off,” Hawk hissed.

Pierce pushed at Hawk’s much larger frame but of course he didn’t budge – he never did. “Back-off damnit. I told you I’m not interested,” Pierce argued weakly.

“I see differently, beautiful. But that’s okay.” Hawk backed up. “I’ll leave you to it, and watch you come around.”

Hawk made his way to the back of the eighteen-wheeler and hoisted himself and his weapon into the trailer. Pierce tried not to look at Hawk’s ass in the loose army fatigues, or the way his back muscles rippled underneath his army green t-shirt. Pierce didn’t look away fast enough and he knew he’d been caught ogling. Hawk flashed him a shit-eating grin, and winked at Pierce right before he slammed the metal doors.

When she’s not clicking away at her laptop, she devotes herself to her family—a husband and four children, her two pets, a Maltese dog and her white Siamese cat, ELynn, named after the late, great gay romance author E. Lynn Harris.

While this is only her fifth novel, she has plenty more to come. So stalk her – she loves that – because the male on male action is just heating up!

Go to A.E. Via’s official website http://authoraevia.com for more detailed information on how to contact her, follow her, or a sneak peak on upcoming work, free reads, and where she’ll appear next.