SiKReviews 2 Comments
A.E. Via has asked me to review her new book You Can See Me, which will be released on February 7, 2014.  She was kind enough to provide me with an e-copy of the book.  Please note, I am not paid for this review in any way.
Here is the Synopsis of the book: 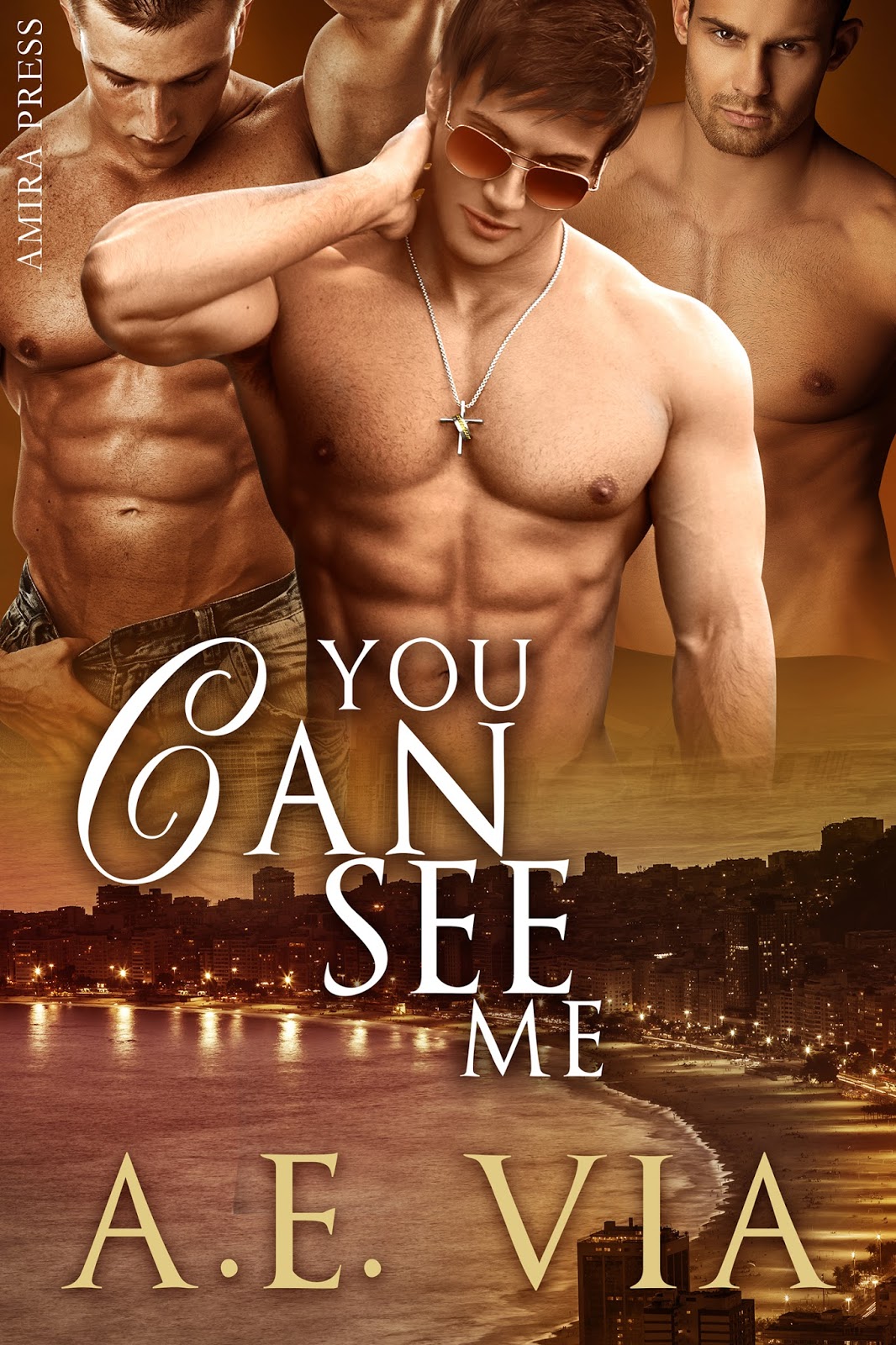 “World renowned chef Prescott Vaughan is to leave for Paris to work alongside his idol, however, a horrific car accident leaves him completely blind.

His female fiancé leaves him in a state of desperation and depression.  He pines for love, companionship, and so happens to find it in the form of his very sexy neighbor.  Sexy male neighbor, Dr. Rickson ‘Ric’ Edwards.
Prescott’s not gay – at least he never considered himself gay – until Ric saves him from a date, gone terribly wrong. The two neighbors hit it off quickly and waste no time exploring and learning each other.  Things are great until Ric begins to have his doubts about meeting Prescott’s many wants.
When Ric insists he and Prescott take a breather, Pres finds himself lonely and lacking again. Enter, male escort and aspiring chef, Blair McKenzie to fill the void.
In the meantime, Ric works on his issues that prohibits him from displaying the love he knows he has for Prescott. When Ric is finally ready and returns to claim Prescott he’s not sure that Pres can let go of the sexy, southern, hotness that is Blair McKenzie. After Ric has his own personal encounter with the sinfully sexy man, he can’t help but become entranced and crave more as well.
Pres soon realizes that there’s no need to choose between his two men, because when all three of them finally come together – grab a cold drink – the heat is going to go all the way up!
This is not your typical gay ménage romance. Everyone is not happy, skipping along, and loving life. These men are at each other’s throats. They live completely separate lives; fuss, cuss, and fight until they all realize exactly what the problem is…too damn much sexual tension.”
WARNING: This is a 4 hankie story.
Pres is a man on top of the world.  A job he loves and is good at it.  A woman he loves, and parents he adores.  One fateful day that is taken away…..along with his sight.  He loses his job and his woman.  Luckily, his parents won’t let him give up on himself and he learns how do use his skills in a brand new way.
Ric is a doctor who has been persecuted for being gay, finds himself in a new city working in a new hospital and living on the same floor with a really hot guy.  For Ric, it Is love at first sight and he is determined to make Pres his.
Pres says he isn’t gay, however, he did have a “friends with benefits” thing with a frat brother when he was in college.  But Pres was not ready for anything more than that.  When Pres smells Ric one day, his body reacts and after much prompting from Ric, decides to go for it.
Communication, or the lack thereof, again plays a huge part of the story.  When Ric walks away from Pres after he promised he never would, Pres becomes depressed beyond belief.   Finally giving up hope that Ric will come around, Pres is desparate for any kind of affection and human interaction and decides to call an escort service.
Blair is a knock out Texan who is in awe that he is with the great Prescott Vaughn.  He already knew he thought Pres was hot, but when he finally gets to know him, Blair falls in love with him.  He and Pres become best friends and gives Pres a reason to get on with life.  Blair is very much aware that anything romantic with Pres will not happen until things with Ric are resolved.   When events throw the three together, passion and love explode.
This book had me hooked from the beginning.  Each character is endearing and special in their own ways.  It is hard to say who is my favorite, because I love Ric, Pres and Blair for different reasons.  Blair is the glue of this relationship and they all know it.  The chemistry between Ric and Pres is explosive as it is, but when you add Blair to it….it is nuclear!
There is a quote from the book that is something to live by:
“But our Blair knew exactly what to do. He told us that we belonged together. Regardless of what society says, we shouldn’t have to deny who we love….or limit it to only one.”                        –Pres
Love is love.  This book kept me engaged and emotionally invested in the characters.  I laughed and gosh knows I cried both happy and sad tears.  I highly recommend this book to anyone and everyone who believes in true love. You Can See Me was truly an enjoyable read that deserves:

Is it the 7th yet?!?!?! I’ve been waiting, and not patiently for A.e’s newest book. Blue Moon knocked my socks off so I know this one will be just as brilliant!

If you can’t tell, I loved it and you will too!