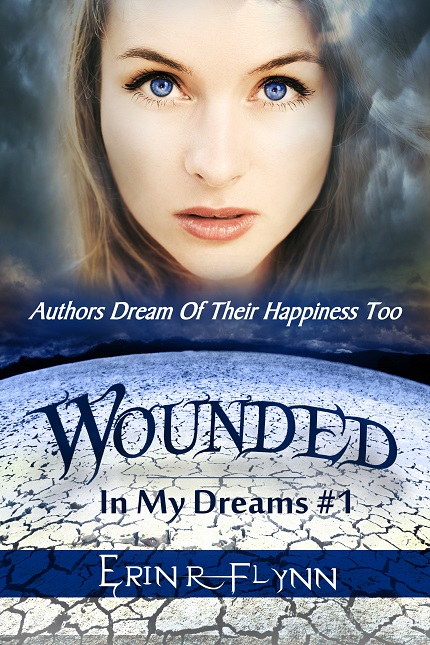 Gas station coffee is the highlight of Lily Slone’s boring outing until fate intervenes… Along with the barrel of a gun and a lost soldier who saves her life.
Jasper Hutson—a homeless Marine, discarded by his family after returning home from the war wounded—reacted on instinct. But this one act brings him to Lily’s attention, and not because he saves her life. She sees something else in him. Something no one else sees.
Refusing to give up on him when everyone else does, Lily offers Jasper a place to stay and an opportunity to get back on his feet. That one offer will change her world. When they grow closer and Jasper makes Lily’s life so much easier, she’s not sure she can go back to living without him.
As life moves forward and they get into their own rhythm, Lily discover something about Jasper that he’s kept hidden. Will she continue to reach for her happily ever after or will they both remain wounded?

As you may or may not know, I have been a fan of Erin’s for a long time now.  I follow her on her blog and Facebook.  Reading this book was like reading her biography in a way.  There is so much of Erin in Lily.  I could pick out things that Erin has shared in the past with readers.  I found myself carefully reading to see what else I can remember.
The story itself was endearing.  Watching Jasper and Lily fall in love one odd job at a time was awsome.  Kind of reminded me of a line from a Rosie O’Donnell movie:  Slave says “How can I please you ma’am?”  Her answer, “Paint my House!”
There is a big twist in this book, that I didn’t see coming!  I will not say what it is, you will have to read it to find out!  A read worth reading! 5 Hearts!

« Racy Nights Series By Tara Rose Embracing His Syn by A.E. Via »