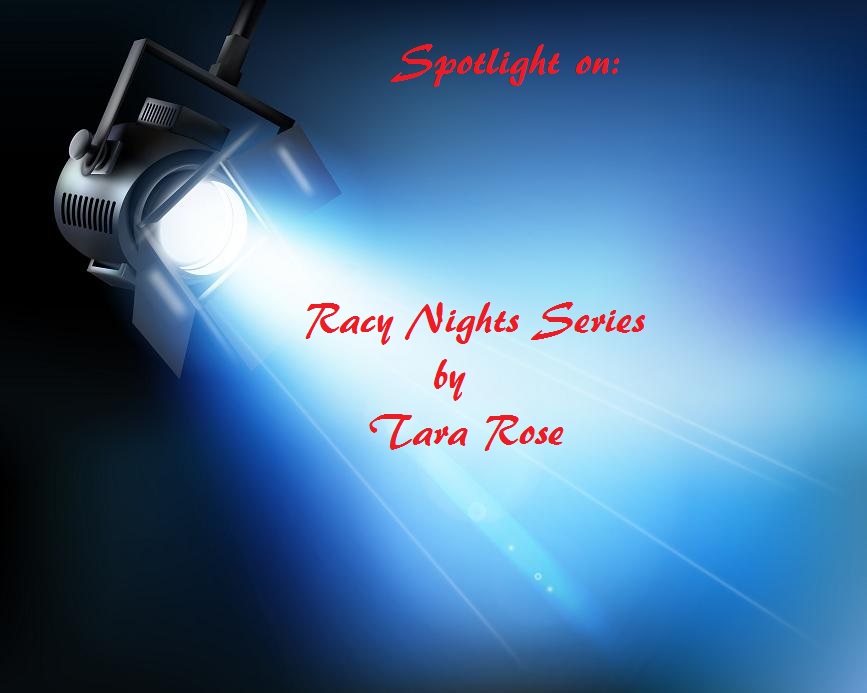 A few months ago I won an auction which included most of the Racy Nights Series by Tara Rose.  Since then, a few more books were released (which I bought), and I decided not to read the series until this latest book was released.  In about one week, I read all 15 books!  See Tara, told you I could do it!
On July 15, 2014, the latest book Racy Nights  (#15) book was released.  Healing Her Racy Doctors is about a nurse and two doctors who find themselves in a position to act on hidden desires.  After losing the people they thought they would spend the rest of their lives with, Loreen and Adam find that they can love again, with the help of Adam’s best friend and fellow Dom, Travis.  Both Adam and Travis have always been drawn to Loreen and when she admits her submissive fantasies, they jump at the chance to help her bring these fantasies to reality.
This book, like the series, is a hot read that will touch your heart.  After losing love once, you can find it again, if you let yourself be open to the possibility.  Many of Racy’s inhabitants found love for the second time, while some finally found out what love really is.
The whole series had me reading until all hours of the night.  I am so happy that I had the opportunity to read about the lives of the residents of Racy and I cannot wait for more.  I highly you make the trip to Racy and revisit it often I know I will.  5 Heart Series!
I will have to add Racy to the literary road trip I am planning….  Male Order, Lusty, Divine Creek, Bliss just to name a few.

Tara Rose loves to write about small towns and the quirky people that inhabit them. You’ll find engaging characters, budding romance, intrigue and plenty of hot steamy ménage sex within the pages of her books. You never really know what goes on behind closed doors, but her books will take you there, and leave you panting for more.
When she isn’t writing, Tara spends time with her husband—her real-life hero. She loves to cook, collect antique pottery, and she will read just about anything. Tara also plays the cello, and loves decorating her house for Christmas.

Thank you so much for highlighting my Racy Nights series! I’m so pleased you enjoyed them! <3