The Rocker that Shatters Me. by Terri Anne Browning A Bet…
Yes, I made a bet with my best friend—my now ex-best friend. It had been a stupid, heat of the moment kind of thing. I’d just wanted to get her out of my system and move one. Instead I’ve lived to regret it ever since. I lost the girl I loved, a girl that possessed my very soul. Now I can’t even get close to Natalie. She thinks all she ever meant to me was just the means to the end of a stupid, stupid game.
…For a Bet!
In the span of one night I’d gone from thinking I had a future with the man I loved to SHATTERED at his feet. I can’t get over it. The pain is too strong, too destructive as it festers more and more inside of me. And then my friend came up with the perfect revenge for both our broken hearts.
“I bet you…”
Those three little words gave me a reason to ball my pain up and throw it back in Devlin Cutter’s face. I would let him back in, let him think he had a chance with me once again. And then I would walk away, leaving him broken and bleeding at my feet as he once had left me.
This time he would be the one SHATTERED.

Ok, I have to admit that I binge read the entire series.  I had read the first 4 books, but then I got caught up in blogs and reviews and dropped the ball.  But now, I am all caught up!!!
One thing I like about the series, there are many, is that we can see what every couple is doing.  We had glimpses at what was happening with Nat and Dev in Rissa and Wroth’s book, The Rocker Who Cherishes Me.  Now in this installment of the series we see those scenes in Nat and Dev’s POV.
If I found out a guy was after me because of a bet, I would be just as gutted as Natalie was and I wouldn’t hide it from my brothers.  But, that is just me.
Devlin really needed to grow up.  Having his son live with him helped, but I don’t think he really grew up until the bet.  He never thought he would truly fall in love with Natalie.
I am so happy that Devlin stuck with his guns and never gave up on Natalie.  It was obvious from page one how bad he had it for her.
Natalie had a secret.  She didn’t want anyone to know about it until she knew for sure everything would be ok.  When the two finally come together and declare their love, it is heartwarming.
This book, heck the whole Series makes you cry in happiness and sadness.  The characters become your best friends and family.  Any book that does that earn 5 Hearts from me! 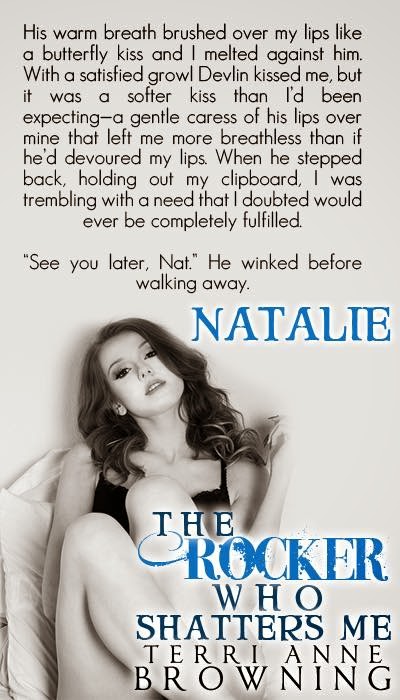 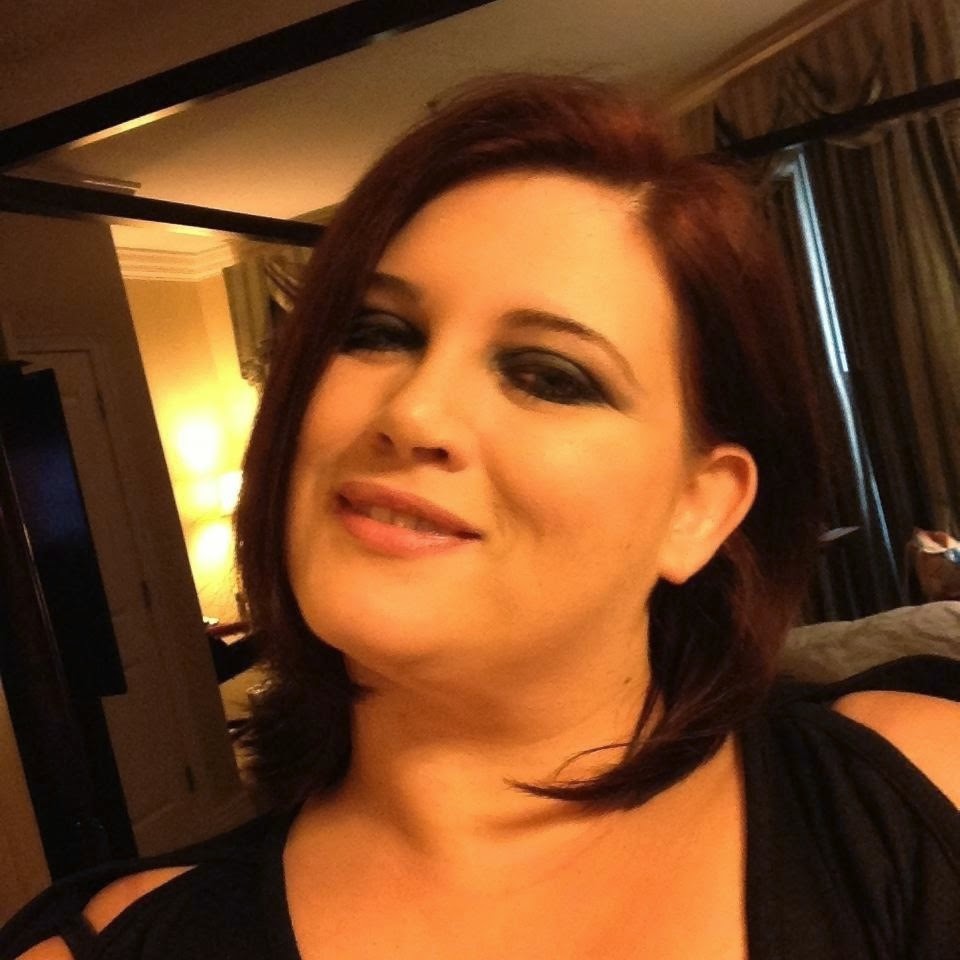 The USA Today bestseller hated school and reading until her aunt handed over her first romance novel at the age of twelve, as crazy aunts tend to do. It gave her a passion for the written word that has only increased over the years.  Started writing her own novellas at the age of sixteen, forcing her sister to be her one woman fan club. Now she has a few more fans and a lot more passion for writing. Reese: A Safe Haven Novella was her first Indie published book. The Rocker That Holds Me changed the tables and kicked off The Rocker… series featuring the sinfully delicious members of Demon’s Wings. The Rocker… Series has since expanded to OtherWorld with Axton Cage and his band members. Terri Anne lives in Virginia with her husband, their three children, and a loveable Olde English Bulldog 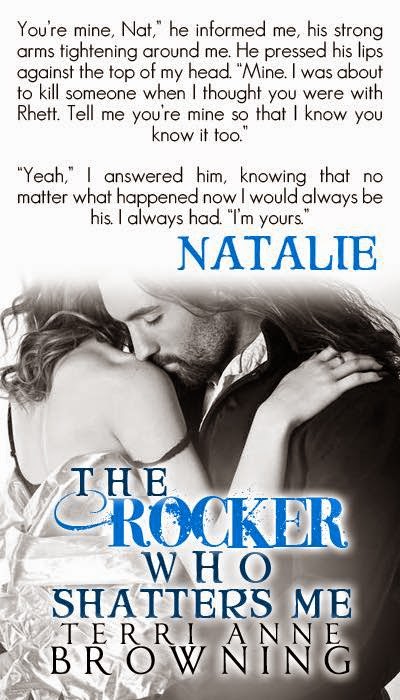