My Review
Growing up, I was not the pretty girl who always got the guys.  Like Jinx, I was the ugly fat chick everyone made fun of.  I totally get why, after he grew into his looks and joined the band he would go overboard.  Making up for lost time if you would.  People only looked at him for his looks and his status.  Once he comes to terms with his sexuality and takes one night with Jayden, and he is done for. Jayden has always has a crush on Jinx, but never thought in a million years he could be with him, but once he has him, he will hold on to him.
My favorite part of this story is what Jinx does for Jayden.  It is sweet and beyond romantic. 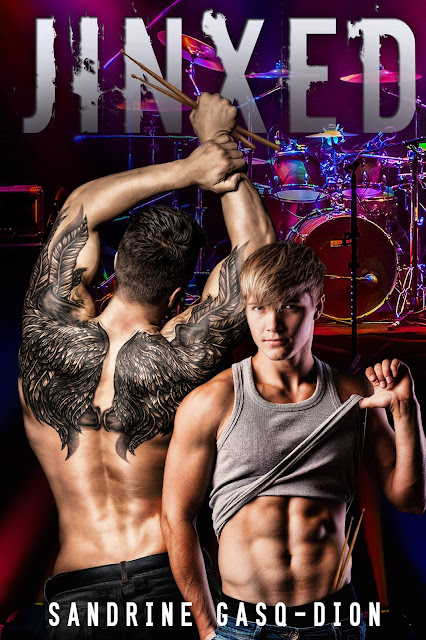 Jinx Jett is a rock superstar. As such, the hunky Skull Blasters drummer thoroughly enjoys the many perks of willing groupies, earning him a reputation as the band slut. Making it big and scoring hot women is something Jinx never expected. There’s a little voice in the back of his mind constantly reminding him of how he used to be — shy, overweight and acne prone. One night in a gay bar turns life upside down when Jinx runs into Jayden Dempsey, a kid he’s been fantasizing about since giving him his autograph at a mall. Long-held insecurities keep Jinx from fully committing to anyone, and he may lose Jayden if he can’t put his past behind him.

Jayden Dempsey always wanted out of his life in small-town Alabama. When his parents kicked him out after he told them he was gay, Jayden decided the time was right to move on. He crosses the country to try out for ‘Singers!’, a show that propels unknowns to stardom. In a twist, producers choose him and three others as winners and form a boy band called London Boys.This season, the show brings Jayden and the guys back for the finale. Surprise! The contest’s heavy metal finalist will be singing with Skull Blasters.

Jinx and Jayden’s initial meeting doesn’t go so well, and Jayden’s stunned when the guy he’s crushed on for years turns out to be a total jerk. It doesn’t stop him from falling into Jinx’s arms every time they’re alone, but Jayden didn’t sign on for one nighters. He wants Jinx Jett, baggage and all.

Can a former teen outcast put rejection behind him and embrace the acceptance standing right in front of him? How much will one boy bander put up with from his rock idol before enough is enough? Can they make it work? Or are they jinxed in love? 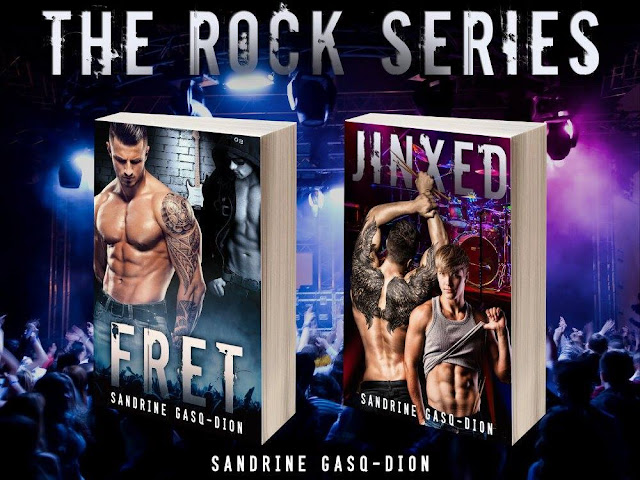 Best selling author, Sandrine (Sandy) was born in Inglewood, California. Raised by “Old School” French parents, she later moved to Tucson, AZ. It was there that writing became a hobby. Always told she had a great imagination, Sandy wrote short stories for her friends in High School. In college, she took more writing classes while working on her Criminal Justice degree, but it wasn’t until a soap opera caught her eye that she got involved in male on male romances. On the advice of a friend, Sandy dipped her toes into the world of M/M Romance. Sandy takes the writing seriously and has had countless conversations with gay men as well as hours of research. She’s been involved with the military in one way or another for over twenty years, and has a great deal of respect for our men in uniform. She’s traveled the world, but has finally returned to Arizona. 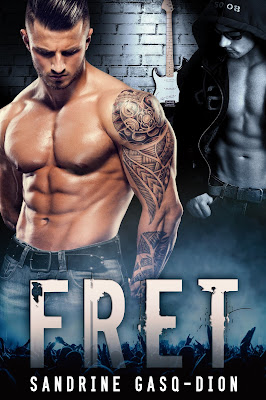