I have to say that this second installment  of the Portland Heat was a better read than the first one, Served Hot.  I could relate to Vic and his struggle with his weight.  He chose to go through lap band surgery and lost a lot of weight.  I have to give him mega credit since he is a cook and cake decorator.  He has to be careful with what he eats.  But, Vic wanted to lose this weight for a few reasons; 1.  He wanted to get healthy because his dad died young; and 2. he wanted the guy he has fallen in love with to notice him.

Robin had a very troubled childhood.  He turned to drugs and did things he was ashamed of.  Now he volunteers at the shelter that helped him when he needed it most.

Vic is so loving and nice, Robin can’t stay away from him.  Who would want to?  He can cook and help you through your sexual malfunctions. A great story! 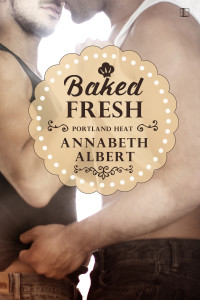 From its famous coffee to the mouthwatering fare at its cafés, restaurants, and bakeries, Portland, Oregon, has a lot to whet the appetite, including the hard-working men who serve it all up—hot, fresh, and ready to go—with no reservations…

Vic Degrassi is a baker on the rise, and it’s all thanks to his rare ability to make—and keep—his New Year’s resolutions. Whether it’s losing weight, giving up smoking, or graduating from culinary school, Vic goes after what he wants—and gets it. This year? He wants Robin Dawson, the sweet-hearted hottie who volunteers with him at the local homeless shelter.

When he learns that Robin is suddenly single after being unceremoniously dumped, Vic is more than happy to offer a shoulder to cry on—or at least a fresh-baked pastry to bite into. But it’s been a long time since Vic’s gone on a date, and he’s nervous about risking his friendship with Robin. So when their flirtation turns into a steamy night together, Vic and Robin have to figure out if they’re friends with benefits or lovers in the making, and if Robin is ready for something more than just a rebound. There’s only one way to find out: turn up the heat… 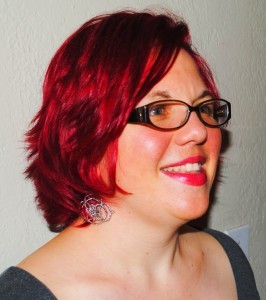 Annabeth Albert grew up sneaking romance novels under the bed covers. Now, she devours all subgenres of romance out in the open—no flashlights required! When she’s not adding to her keeper shelf, she’s a multi-published Pacific Northwest romance writer.

Emotionally complex, sexy, and funny stories are her favorites both to read and to write. Annabeth loves finding happy endings for a variety of pairings and is a passionate gay rights supporter. In between searching out dark heroes to redeem, she works a rewarding day job and wrangles two toddlers.

Represented by Saritza Hernandez of the Corvisiero Literary Agency.

Thank you for hosting BAKED FRESH!