A classic Diana Palmer. I stayed up until 4am to finish this book. Once you start it, you can’t put it down. A love story of a love that is soul deep with a little bit of magic thrown in.

New York Times bestselling author Diana Palmer returns to the Cowboy State with a brand-new tale of desire and deception in this must read Fall title releasing October 31st from Harlequin Books!

Harlequin is offering one (1) lucky Grand Prize winner a $25 Amazon Gift Card and three (3) Runner Ups a winner’s choice eBook from Diana Palmer’s HQN backlist! To enter, simply fill out the Rafflecopter below: 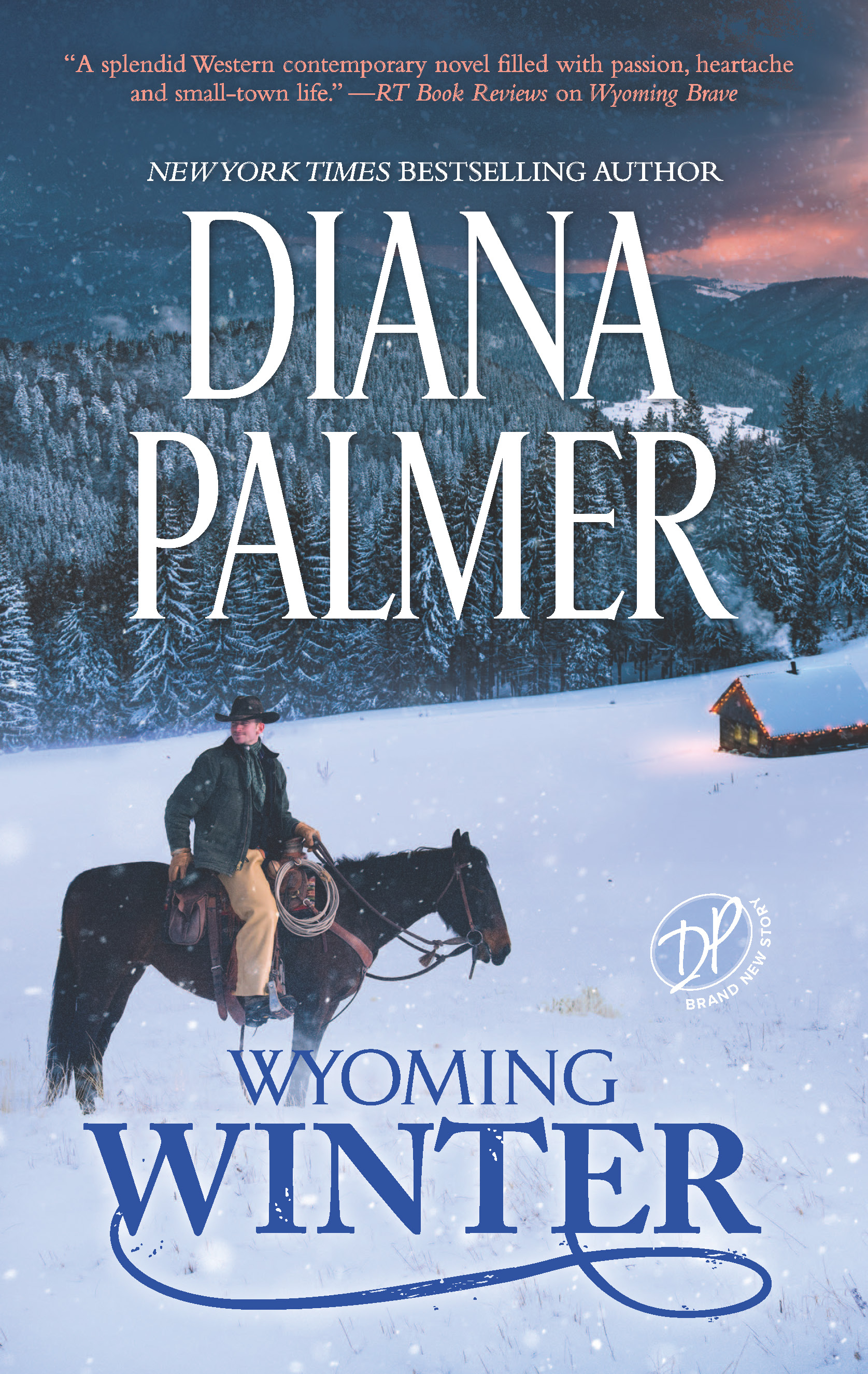 Cultivating his vast Wyoming ranch is all security expert J. C. Calhoun wants. His land is the only thing the betrayed rancher can trust in after discovering his fiancee was pregnant by another man. But all J.C. holds dear becomes compromised when a lost little girl leads him to Colie Jackson, the woman who destroyed his life.

Colie stops at nothing to protect the people she loves. Years ago she left J.C. for his own good. Now, for the sake of her daughter, she must depend on a hard-hearted man who won’t forgive her. As a band of ruthless criminals tracks their every move through the frozen Wyoming winter, Colie and J.C. will be forced to confront the lies that separated them–and the startling truth that will bind them forever…

“You never wear a hat,” Colie mused, trying not to let her hands tremble as she took the coat to hang up for him. He was so tall that she had to stand on her tiptoes to pull it back off his shoulders.

“I hate hats,” he remarked. He glanced at her as she put the coat on the rack in the hall, his pale gray eyes narrow and appraising on her slender, sexy body. She dressed like a lady, but he knew all about women who put on their best behavior around company. She was just out of school; college, he was certain, because she had to be at least twenty-two or twenty-three. Catelow had several thousand people, and J.C. didn’t mix with them. He only knew what Rodney told him about his sister. And that wasn’t much.

“I noticed,” Colie said as she turned, smiling.

His eyes flickered down to her pert breasts and he fought down a raging hunger that he hadn’t felt in a long time. He had women, but this one stirred him in a different way. He couldn’t explain how, exactly. It irritated him and he scowled.

“It wasn’t a complaint,” Colie added quickly, not understanding the scowl.

He shrugged. “No problem. What are we eating?”

He smiled, his perfect white teeth visible under chiseled, sensuous lips. “It’s great. I love turkey.” He chuckled. “I like chicken, too, although I usually get mine in a bucket.”

Her eyes widened. “You put it in a pail, like you milk cows with?” she asked, shocked.

He glowered at her. “There’s this chicken place. They sell you chicken and biscuits and sides…”

She went red as fire. “Oh, gosh, sorry, wasn’t thinking,” she stammered. “Let’s go in! Daddy’s already at the table.”

Rodney went ahead, but J.C. slid a long finger inside the back of Colie’s sweater and gently stopped her. He moved forward, so that she could feel the heat and power of him at her back in a way that made her heart run wild, her knees shiver. “I was teasing,” he whispered right next to her ear. His lips brushed it.

Her intake of breath was visible. Her whole body felt shaky.

His big hands caught her shoulders and held her there while his lips traveled down the side of her throat in a lazy, whispery caress that caused her to melt inside.

“There’s a new comedy at the theater Saturday. Go with me. We’ll have supper at the fish place on the way.”

She turned, shocked. “You…you want to go out with me?” she asked, her green eyes wide and full of delight.

He smiled slowly. “Yes. I want to go out with you.”

“That would be lovely,” she said, drowning in his eyes, on fire with the joy he’d just kindled in her with the unexpected invitation.

“Lovely,” he murmured, but he was looking at her mouth. 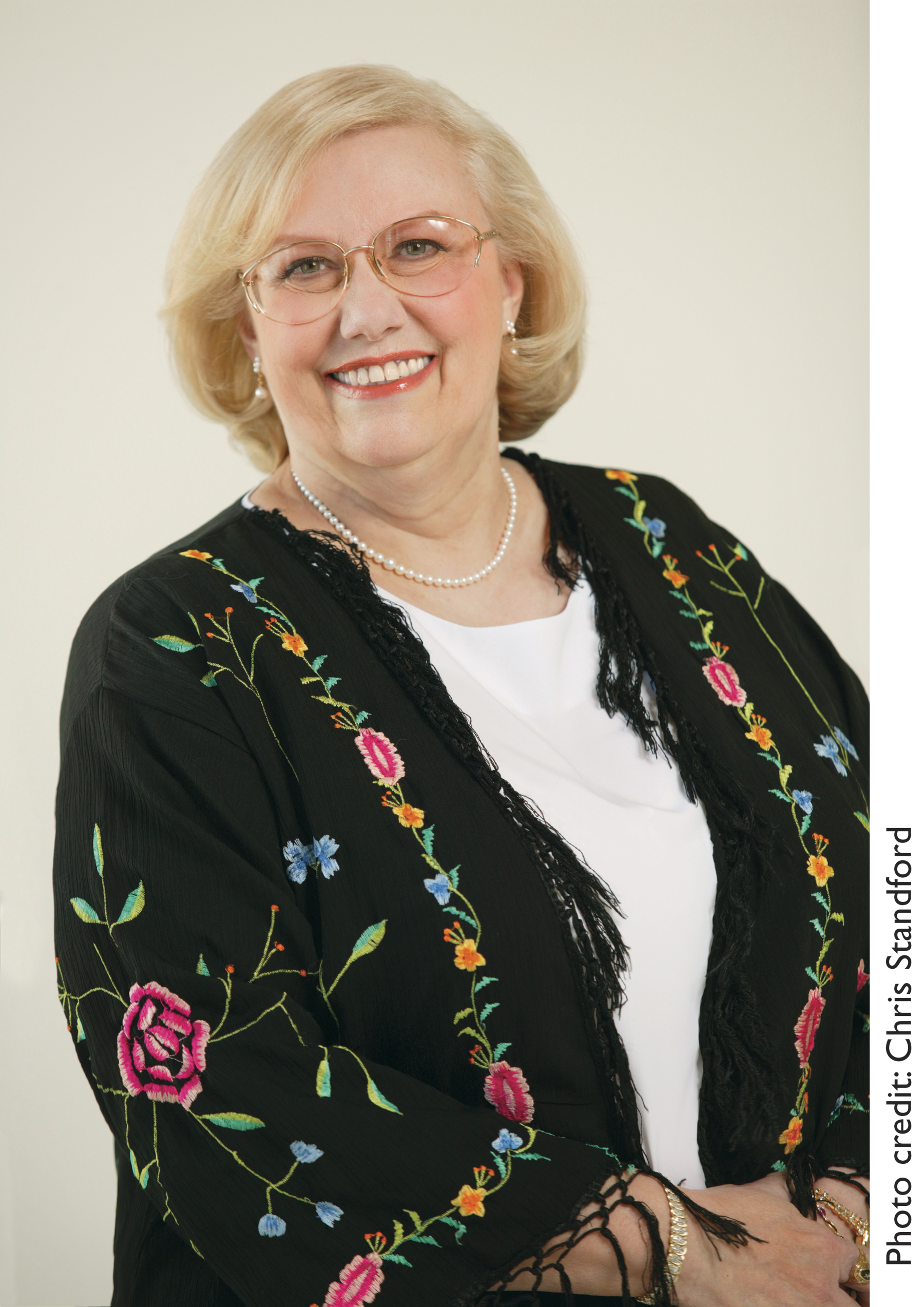 Diana Palmer, AKA Susan Spaeth Kyle, was born in 1946 in Cuthbert, Georgia, the eldest daughter of William and Eloise Spaeth. She and her younger sister, Dannis, were raised in Chamblee, where Susan graduated from Chamblee High School in 1964. The family moved to Cornelia, Georgia, in 1965. Susan married James Kyle in 1972. They have a son, Blayne, who is married to the former Christina Clayton. They are both graduates of Piedmont College in Demorest, Georgia. They live in Tennessee and have a daughter, Selena Marie Kyle, born in February, 2009.

In 1991, Susan returned to college and graduated Summa Cum Laude from Piedmont College in Demorest, Georgia, in 1995. She continues to work on her master’s degree in history as time permits. Her first novel as Diana Palmer was published in 1979. She has over 115 novels in print. She has written historical novels as well as contemporary romance, and has produced science fiction, with her novel THE MORCAI BATTALION appearing in hardcover in 2007. Two sequels to this book have been released as eBooks. THE MORCAI BATTALION: The Recruit and THE MORCAI BATTALION: Invictus are both available from all eBook retailers now. Her latest hardcover novel is INVINCIBLE by HQN, released in August 2014 and mass market paperback novel is WYOMING STRONG by HQN, released November 2014.

Susan’s hobbies are gardening, knitting, crocheting, astronomy, archaeology, and animals. She has dogs, cats, birds and lizards. She enjoys getting mail from her readers, but is slow to answer it.

« Love in Dublin and Secrets at Seaside Reservations by Kindle Alexander »