Shattered by Love by C.A. Harms 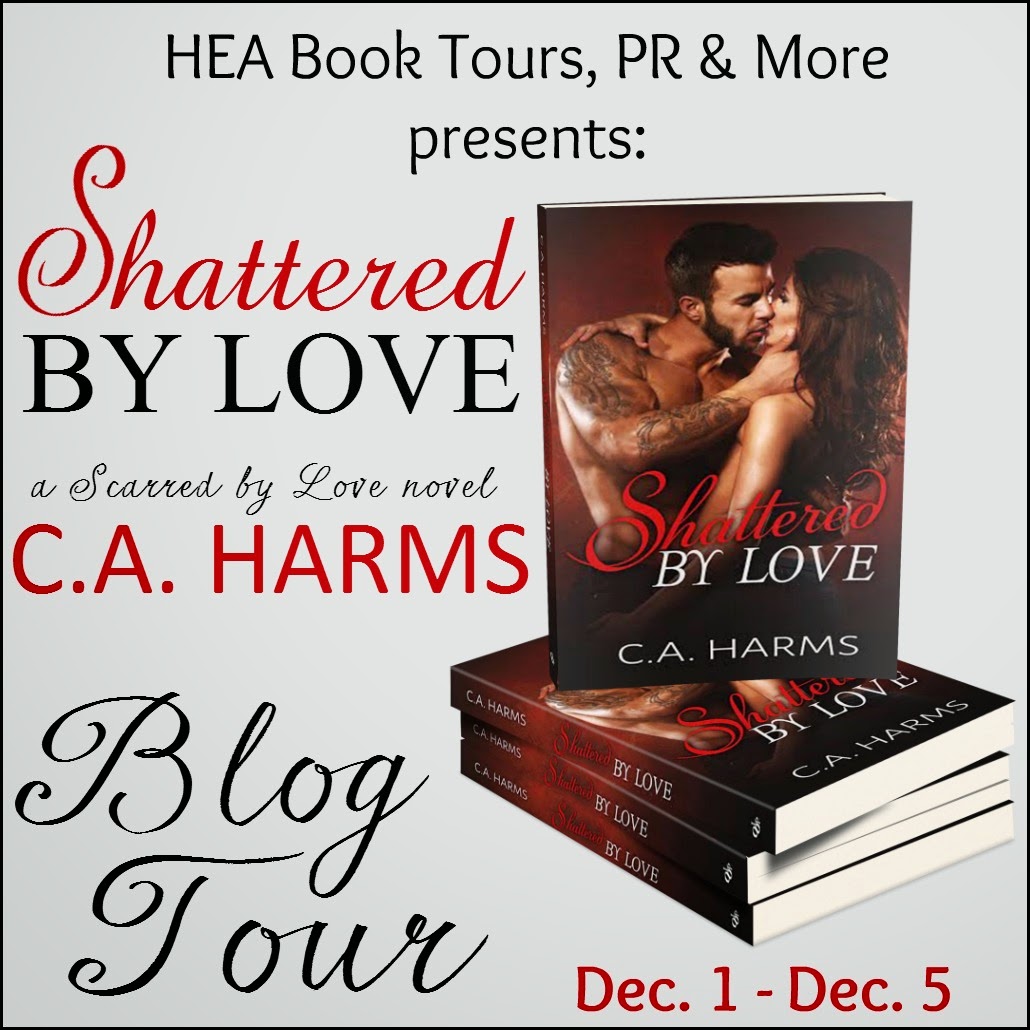 He was the one.  The man she wanted with all her heart.  But it took years before Bree realized she deserved more then what Max was willing to give.
Max, was cocky and arrogant…  Too strong-headed to admit that he felt more for Bree than just lust.  Then it happened…   One devastating night, and it shook Max to his very core.  That’s when he began to see life in whole new way.
Now he’s left to sort through the mess that he’s created.   Will he be able to rise above it all and make amends with those he needs the most?  Or will the damage be irreversible and leave him longing for what could have been?
~ PURCHASE ~
Amazon | Paperback 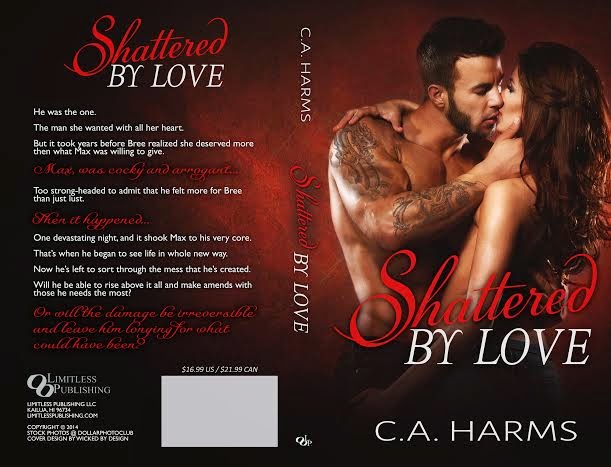 I decided to give an author I haven’t read yet a chance when I saw her on a blog tour website.  I don’t know what caused me to sign up for it, but I am so glad I did.
The Scarred by Love Series by CA Harms currently consists of three books.  The first is book in the series shares the same title, Scarred by Love.  This is the story of Riley and Zander.  Riley had an abusive relationship and has been avoiding relationships since.  Her best friend, Kate, drags her to a party one day and meets Zander.  For Zander one look at Rielly and he was totally hooked.  He is in a band and looks the part of the ultimate bad boy, with a topsie turvey life.  So, Rielly avoids him like the plague.  Then fate intervenes and Riley gives Zander a chance.  From there their passion ignites and their love grows.  When Zander’s best friend throws a wrench in their relationship, it takes a while for the two to reunite.    Rielly might be scarred, but so is Rielly and together, the scars fade and love prevails.
I have to say, I love how close Rielly’s family is.  Four brothers to protect you must be a blessing and a curse, but worth it.
Book two of the series, Broken by Love, is the story of Kate (Rielly’s friend) and Carson (Rielly’s brother).  We saw them get together in the first book, but this book follows the couple through the good times and definitely the bad times.  Carson is used to his freedom and doesn’t want to settle down.  When Kate has had enough, she moves out.  Carson then learns that distance does make the heart grow fonder and does anything and everything to get Kate back
Book three is Shattered by Love.  This is the story of Max (Rielly’s brother) and Bree.  I love Max.  He is the badass of the family.  He kicks ass first and doesn’t care enough to take names.  I always say the bigger of a badass they are the harder they fall.  Bree has been hooking up with Max for years.  He won her heart about the same amount of time.  However, everyone keeps saying that Bree deserves better from Max than just being a hookup.  When she finally decides enough is enough, Max realizes he wants Bree and no one else can have her.  When they finally do find themselves together, will Max still feel the same way when Bree’s past comes to the present?
I devoured these books in two days.  I just couldn’t put them down.  I have the piles of clean clothes that I was supposed to fold to prove it!

This series will make you cry, scream, laugh, and get even turned on.  Totally worth giving it a read.  I look forward to the next book in the series to be released.
I give the series as a whole 4.5 Hearts! 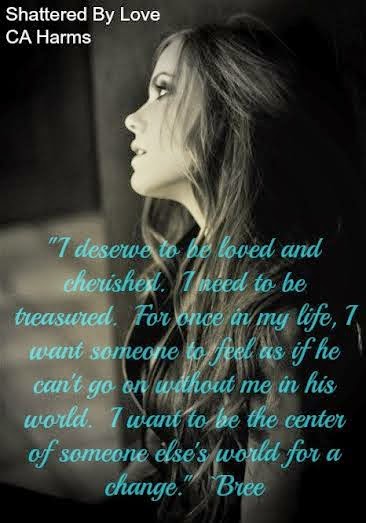 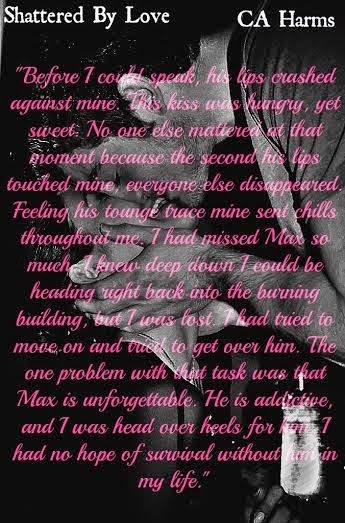 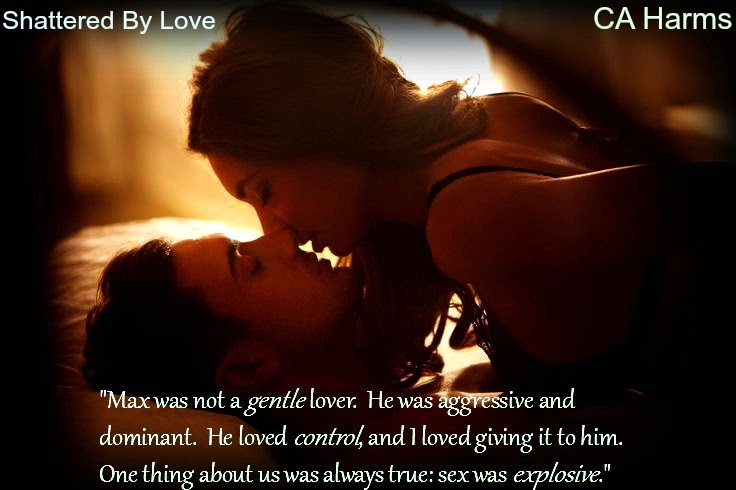 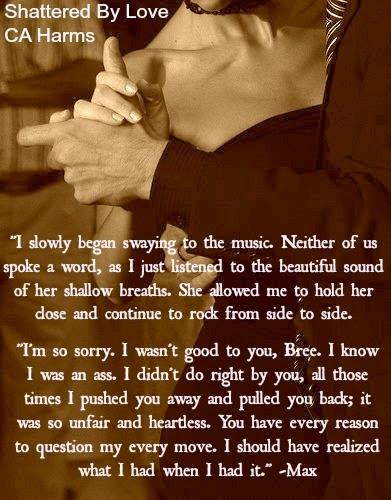 SCARRED BY LOVE
Scarred by Love, Book 1
Riley thought she was in love. She thought she found the perfect guy until his aggressive behavior became too much to handle and she ran.
Becoming withdrew from the world and hiding from the chance of loving again. Having four older brothers and a determined best friend she had no choice but to stand strong.
Over time Riley was able to open up once again. She had no idea that the one person she needed was right under her nose.
She was guarded and hesitant when it came to bad boys…after all it was a bad boy that shattered her once before.
Zander wanted the girl from the party. He wanted to be near her even though she continued to push him away. He couldn’t let go of the gorgeous girl with those stormy eyes.
They both had secrets they kept hidden from one another. They found it easier to talk to others than to confide in each other. Riley begins to realize Zander isn’t who she thought he was and falling for the sexy voiced Lead Singer/Guitar player may be just what she needs.
They struggle through hard times and learn to trust again. But will the love that grows be enough to hold them together or will the heartache they suffer drive a wedge between them forever.
They could be toxic to one another or they could heal the wounds that run deep within their souls.
THIS BOOK CONTAINS ADULT CONTENT AND IS MEANT FOR MATURE AUDIENCES
~ PURCHASE ~
Amazon US | Amazon UK | B&N

BROKEN BY LOVE
Scarred by Love, Book 2
Kate thought she and Carson had finally reached level ground. They had moved in together and were preparing for the arrival of their baby.
She never thought they would only be driven further apart by his withdrawn and distant behavior.
Carson had always had his freedom, and for a moment, he thought he could still live that life.
Only Kate needs more. She can no longer pretend that what he’s willing to offer is enough.
By the time Carson finally realizes that Kate deserves a better life than he’s been giving her, it may be too late.
He may have finally pushed her away to the point of no return…
~ PURCHASE ~
AMAZON | PAPERBACK | B&N

C.A. Harms is like any other addicted reader. She enjoys happy endings and HEA love stories. She hasn’t always been a lover of Romance and had once been addicted to a good Mystery. Just recently she has taken on a new liking and now is a full blown Romance novel addict.
She lives in Illinois and enjoys spending time with her husband and two children. You will always find her with her kindle or paperback in hand as it is her favorite pass time.
Social media links:
Facebook | Twitter | Goodreads
Tour Host:
HEA Book Tours, PR & More: http://heabooktours.blogspot.com/ 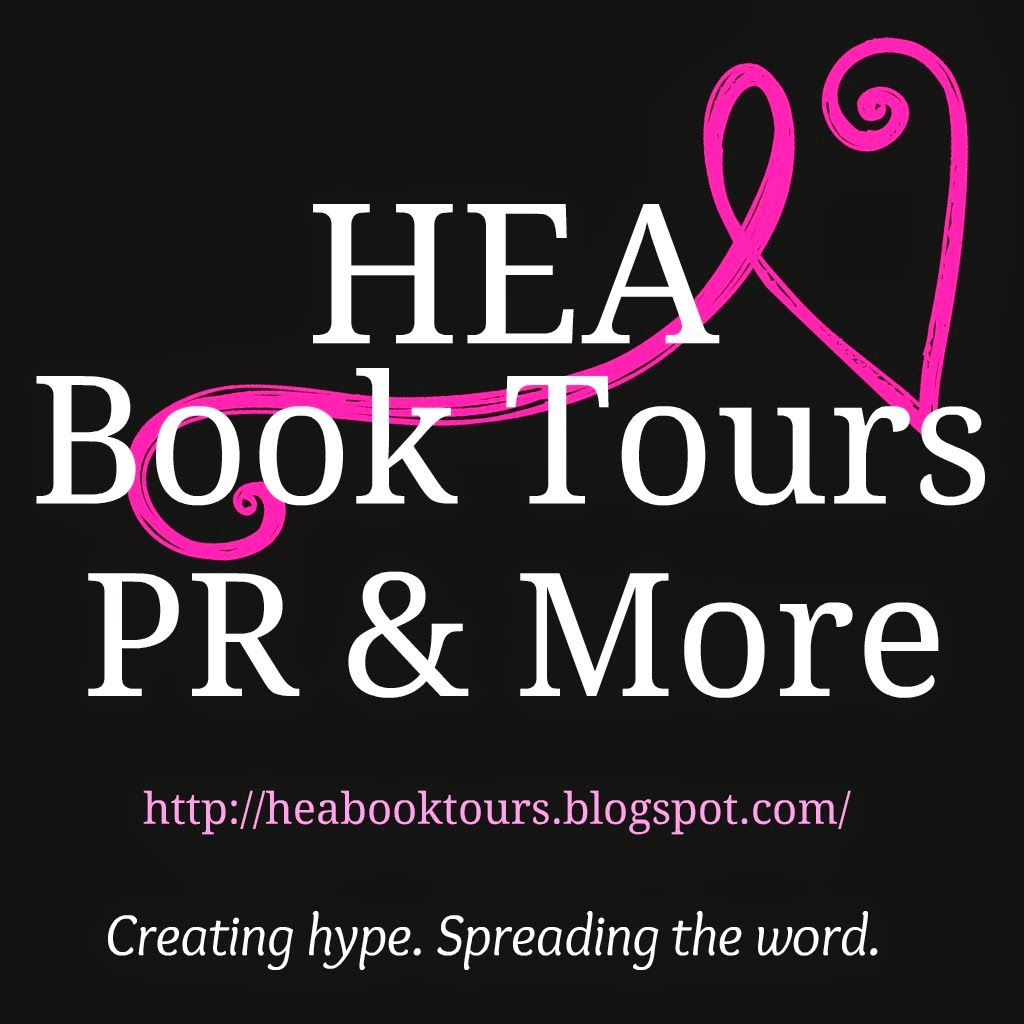 « The Perfect Plans Series by C.J. Wells Teach Me by Sloan Johnson »