Nothing Special by A.E. Via

SiKReviews Comment
Nothing Special By A.E. Via will be released on March 21, 2014.  This is the second book that I have decided to review from Ms. Via. This isn’t a sequel to You Can See Me, but Leo does make a cameo appearance there. 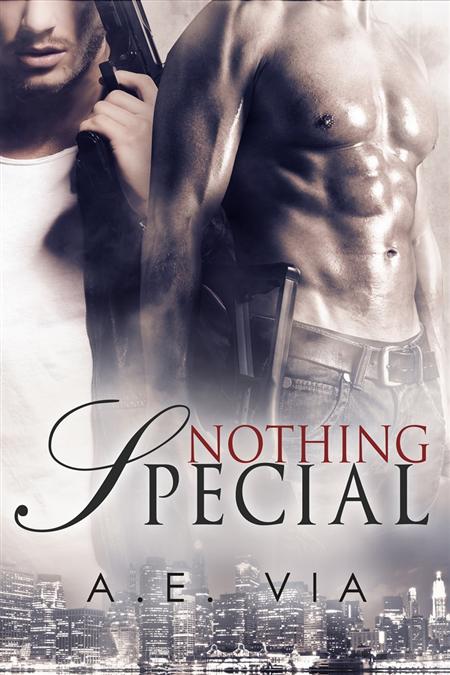 “Detective Cashel ‘Cash’ Godfrey is big, tattooed and angry so people typically keep their distance. He’s fresh out of the police academy, however, no one is looking to partner with the six foot four beast with a huge chip on his shoulder and an inability to trust. When Cash scans the orientation room he wasn’t expecting to find sexy hazel eyes locked onto him. Eyes of the handsome Detective Leonidis ‘Leo’ Day.  Leo is charming, witty, hilariously sarcastic and the only one that can make Cash smile. He’s proud, out and one bad-ass detective?
Together Cash and Leo become the most revered and successful narcotics detectives Atlanta’s ever seen. Able to communicate and understand each other, without even having to voice it, they quickly climb up the promotional ranks.
When Cash saves Leo’s life in a raid that turns deadly, Leo begins to see something in the big man that no one else does…something special. But Leo fears he’ll never break through the impenetrable wall that protects Cash’s heart.

Unlike the title, I believe this book is definitely SOMETHING special.  Cash is that big guy everyone is afraid to cross, which is why the nickname “God” fits him.  When it comes to Leo, Cash is nothing but a teddy bear.  Leo and Cash fall in love at first sight, however, it takes them a few years before it turns into something more.  And, when it does happen, they burn up the pages as you read.

When faced with life and death, Cash and Leo’s love and passion shine.  Like I said before, Nothing Special is indeed something special.  Another book that says, love is love. I give this book:

Day groaned at the reality cooking show that was on but left it on the station anyway. He was just dozing back off when God came through the door carrying a tray. He wore a sexy smile on his face and no shirt…just muscles and tattoos on full display. Day couldn’t believe his hole was actually clenching.  Glutton for punishment.  Day could see the newspaper hanging off one side and a tall glass of grapefruit juice.
“I thought you might be a little, umm…sore. So I made you breakfast,” God said proudly.
When God lowered the tray to the bed Day immediately had to halt his first reaction—which was to burst out with laughter. Accompanying the newspaper and glass of juice, was a small mug of coffee that was too dark for Day’s liking, two pieces of burned toast with too much butter on them that hadn’t melted so the toast must be cold and a big bowl of Cap’n Crunch cereal with a spoon large enough to stir spaghetti sauce.  God handed Day the coffee first.
“Here. I know this is what you want first.” God chuckled.
Day winked at him and took the mug. Day took a decent sip and cringed on the inside at the bitter, cold coffee. When Day looked closer into the mug, he could see quite a few coffee grounds floating around.
He looked up, gave his lover a genuine smile, and said, “Thank you, baby. It’s perfect.”
God looked so pleased with himself that Day vowed he was going to eat and drink every single thing on the tray. He picked up the toast, took a bite and quickly chased it with some grapefruit juice. God climbed in the bed from the other side and spooned him from the back, kissing him across his neck and shoulders.
“Are you feeling okay? Did I hurt you?” God asked in a low voice.
Day swallowed the mouth full of half-soggy cereal, almost gagging at the texture before answering God in a relaxed tone.
“No. You didn’t hurt me at all. I’m a little tender, but it will go away soon.”
“You’re lying.” God kissed his cheek. “I’m going to run you a bath in that swimming pool you’ve got in your bathroom.”
“Only if you join me.”
God kissed him again and got off the bed to go into the bathroom.  Day ate his food faster than humanly possible and scarfed down the horrific coffee in an effort not to taste it too much. He said a silent prayer that he didn’t get indigestion and placed the tray down on the floor.
He got out of bed and winced with each step he took into the spacious bathroom. God had the lights off and a couple candles lit on the outer rim of the Jacuzzi tub. He was already waiting inside for Day. Day licked his lips at the beads of water running down God’s chest.
God lifted one corner of his mouth at him and that was invitation enough.  Day was already naked so he climbed inside the tub and settled between God’s firm thighs. 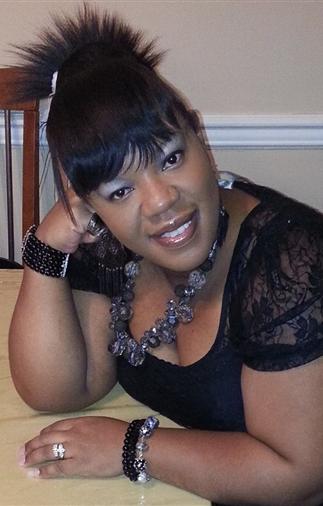 A.E. Via is the new best-selling author in the beautiful gay erotic genre. Her writing embodies everything from spicy to scandalous. Her stories often include intriguing edges and twists that take readers to new, thought-provoking depths.
When she’s not clicking away at her laptop, A.E. runs a very successful paralegal-for-hire business, and in her spare time, she devotes herself to her family—a husband and four children, her two pets, a Maltese dog and her white Siamese cat, ELynn, named after the late, great gay romance author E. Lynn Harris.
While this is only her third novel, she has plenty more to come. So sit back and grab a cool drink, because the male on male action is just heating up!
Go to A.E. Via’s official website for more detailed information on how to contact her, follow her, or a sneak peak on upcoming work, free reads, and where she’ll appear next.
Ciao!

« Facebook and Other Stuff Girls Night Out Vol.2 – An Anthology »