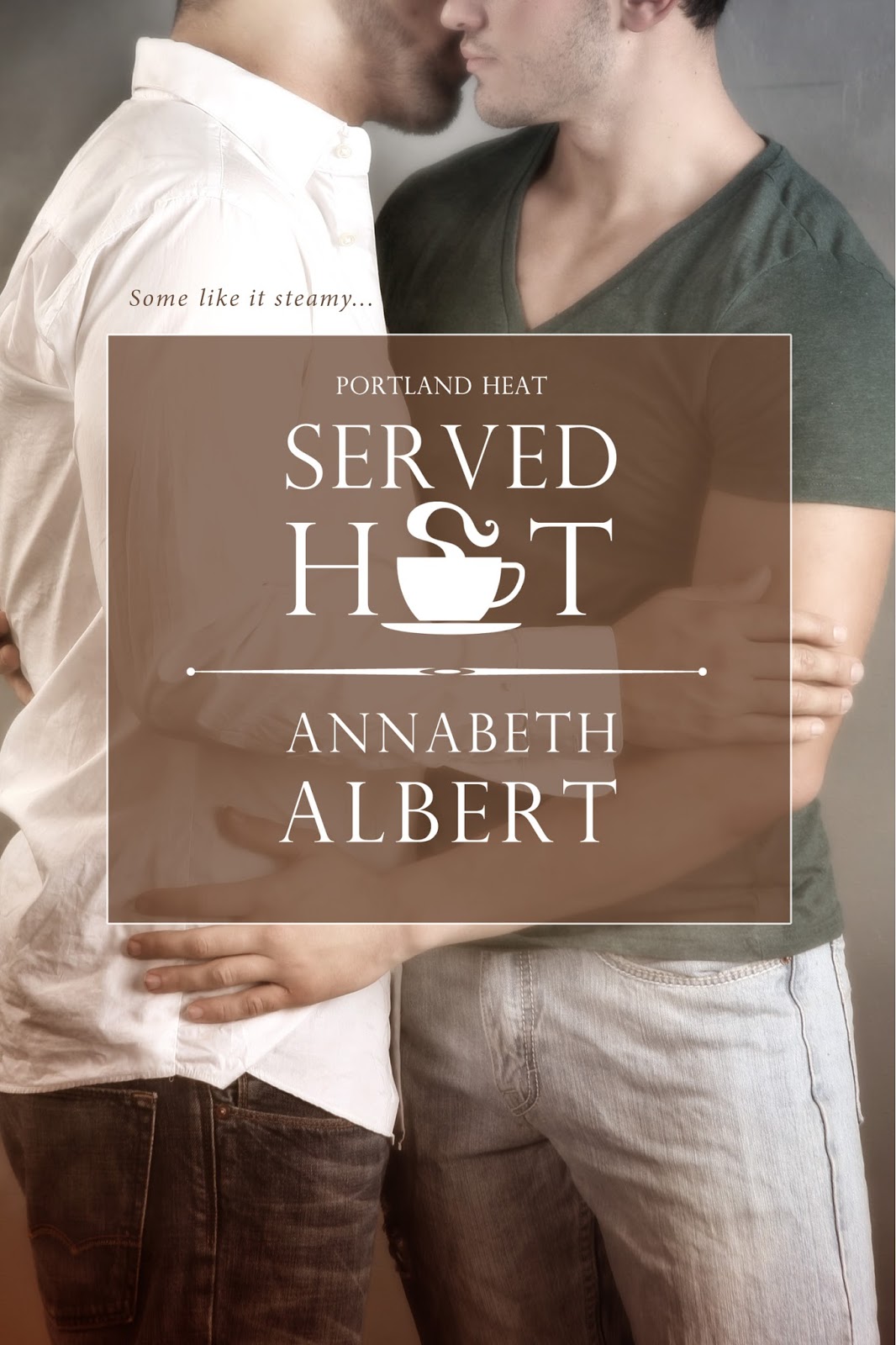 In Portland, Oregon, the only thing hotter than the coffee shops, restaurants, and bakeries are the hard-working men who serve it up—hot, fresh, and ready to go—with no reservations…
Robby is a self-employed barista with a busy coffee cart, a warm smile, and a major crush on one of his customers. David is a handsome finance director who works nearby, eats lunch by himself, and expects nothing but “the usual”—small vanilla latte—from the cute guy in the cart. But when David shows up for his first Portland Pride festival, Robby works up the nerve to take their slow-brewing relationship to the next level. David, however, is newly out and single, still grieving the loss of his longtime lover, and unsure if he’s ready to date again. Yet with every fresh latte, sweet exchange—and near hook-up—David and Robby go from simmering to steaming to piping hot. The question is: Will someone get burned?

A man who decided to change careers and opened a coffee shop.  See same man for months and is interested.  Is he gay or isn’t he?  Robby pushes David to see him.  David has had a traumatic experience with his last relationship.  Is he ready for another?
I liked this story. I have seen this type of scenario before.  Robby is cute the way he gets David to express himself.  I felt like something was missing while I read.  I would have liked to see David’s side.  His sister came to visit, I would have loved to see that.  Perhaps have her convince David to continue with Robby.  Something.
That being said I did like the book.  I give it 3 Hearts.
Follow the Tour
Goodreads
Goodreads Series
Amazon | B&N | iTunes | Kobo

Annabeth Albert grew up sneaking romance novels under the bed covers. Now, she devours all subgenres of romance out in the open—no flashlights required! When she’s not adding to her keeper shelf, she’s a multi-published Pacific Northwest romance writer.
Emotionally complex, sexy, and funny stories are her favorites both to read and to write. Annabeth loves finding happy endings for a variety of pairings and is a passionate gay rights supporter. In between searching out dark heroes to redeem, she works a rewarding day job and wrangles two toddlers.
Website | Facebook | Twitter | Tumblr | Goodreads
a Rafflecopter giveaway