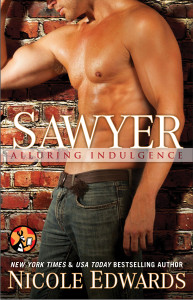 Sawyer Walker has never run into problems with women. The female population tends to swarm toward him, in fact, and he’s never had a complaint.

But there’s one woman Sawyer has always had his eye on. A woman who won’t give him the time of day. In recent months, it would seem that Kennedy Endsley is opening up to Sawyer, but she’s got a few surprises in store for him. Because, as hard as she finds it to resist the handsome Walker brother, she won’t give in easily. Not when her heart is on the line.

Kennedy was the nerd everyone picked on in high school. Once in college, the ugly duckling became a swan. Sawyer used to go with the flow of the other boys in High School, however, there was always something about Kennedy that he couldn’t put his finger on. Years later Sawyer sees the beauty Kennedy has become and knows he will do anything to have her. Kennedy swears she won’t give Sawyer the time of day, but her heart is saying otherwise. Definitely a book in row with the others in the Series. You don’t just all of a sudden fall in love with the characters, you fall in love with them as they fall for each other. Funny, passionate, and a small mystery too boot. I just want to know if Jeff and Mack get back together!!!!!

For more and exclusive content during release week readers can go to one of these links all week:

We will have a small giveaway that will run  till March 7th. Here is the link: