On the Fifth Day of Christmas….. 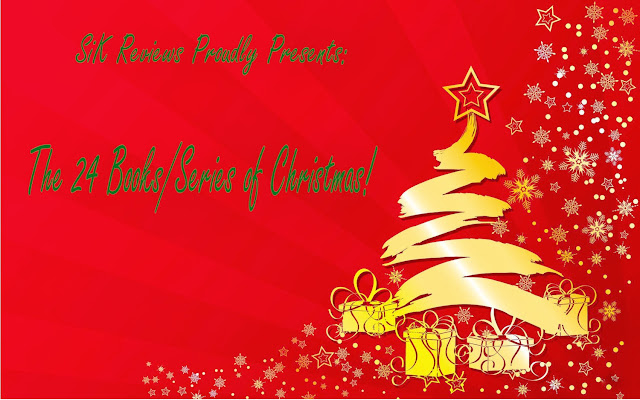 On the Sixth day of Christmas my Kindle brought to me…..
A Very Lusty Christmas by Cara Covington!

“Lieutenant Kate Wesley couldn’t believe the audacity of the two pursuit pilots! Bad enough Gerald Benedict grabbed her into a steamy, delicious kiss, but his brother Patrick did the same thing! They let her go, promising to see her soon. Kate knows that will never happen. There is no room for romance between a lieutenant and a major, or two, in 1942.
Yet before she knows it, Kate is promoted and sent to a small town in Texas to be the nurse-administrator for a convalescent home. She soon learns a formidable family matriarch by the name of Sarah Carmichael Benedict is behind this move—and those two pilots she thought never to see again are determined to woo her.
With the future tenuous at best, will Kate risk everything for love? And will her men find the root of the malfunctions that have been plaguing the airfield, before becoming victims of foul play themselves?”
This is Book 14 of Ms. Covington’s Lusty, Texas Series.  As with the A Santini Christmas, we see the back story for the matriarch/patriarch that one wouldn’t normally get to see.
We have seen how Grandma Kate had a hand in all of her grandchildren and a few great nephews and nieces find love, but here we get to see how she found love under two pursuit pilots (hehehe alternative title, Cara?).  And boy do they pursue Kate!  I learned to fall in love with Kate all over again though her pilots.  It was awsome to finally meet Gerald and Patrick “in person” instead of just hearing about them.
Here is the reading order for the Lusty, Texas Series:
Love Under Two Gunslingers
Love Under Two Lawmen
Love Under Two Benedicts
Love Under Two Wildcatters
Love Under Two Honchos
Love Under Two Flyboys
Love Under Two Strong Men
Love Under Two Navy SEALs
Love Under Two Kendalls
Love Under Three Titans
Love Under Two Doctors
Love Under Two Cowboys
Love Under Two Masters
A Very Lusty Christmas
Love Under Two Jessops
Love Under Two Adventurers
Love Under Two Private Dicks
Love Under Two Responders
Love Under Two Quarterbacks *(On Pre-Order now at Siren Publishing)*
Needless to say that this whole series is one of those that I read over and over again (definitely a Five Heart Series!)….and often crosses over with the Divine Creek Ranch Series of Heather Rainier, and who can resist that combination?!!!
Ciao!!
~*Karen*~
📂This entry was posted in Uncategorized