Gay For Pay by TM Smith

One stupid mistake cost Chris everything. His home, friends, family, and himself. Years later, he finds himself on the couch of the only friend he has left. He realizes that he needs to do something to get his own place, but his past keeps him from getting a job.

As long as you keep your options open, you never know what or who may come along and change your life forever.

I don’t know how to explain it—I just woke up one day and there he was. And he became my everything.
All it took was one wrong choice, a decision made in haste, to destroy Chris’s future.
It’s a mistake that he can’t take back or make right, one that cost another person their life. Adrift, alone, and uncertain of his future, Chris moves to New York. He quickly learns that the bright lights of the big city don’t offer the absolution he seeks. A fortuitous encounter moves him in the right direction. But is he willing to take the chance he’s offered to make a fresh start?
After catching his boyfriend cheating, again, Linc is convinced that he’ll never find love.
Linc has always been honest about who he is and what he prefers. He’s a bisexual gay porn star that will do just about anything with anyone, on camera that is, so he can write his own ticket in a versatility-charged industry. It’s not his sexuality that interferes with his personal life; it’s his inability to trust.
Can the possibility of a happy ever after prove to be enough of a reason for these two men to let their guard down and take a second chance on love?
NOTE This story was previously published as Gay for Pay, All Cocks Stories book 1. It has been edited and reworked with a lot of new content added to the story.

A military brat born and raised at Ft. Benning Georgia; TM Smith is an avid reader, reviewer and writer. A Texas transplant, she now calls DFW her home. Most days she can be found curled up with a good book, or ticking away on her next novel.
Smith is a single mom of three disturbingly outspoken and decidedly different kids, one of which is Autistic. Besides her writing, she is passionate about Autism advocacy and LGBT rights. Because, seriously people, Love is Love! 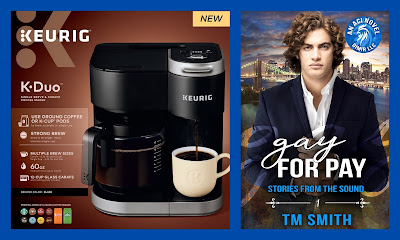 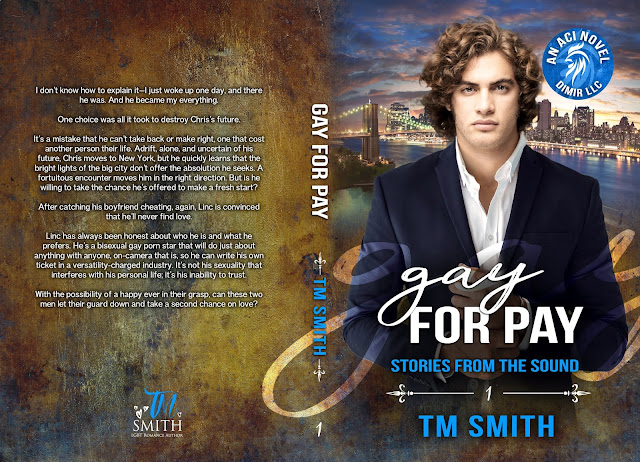