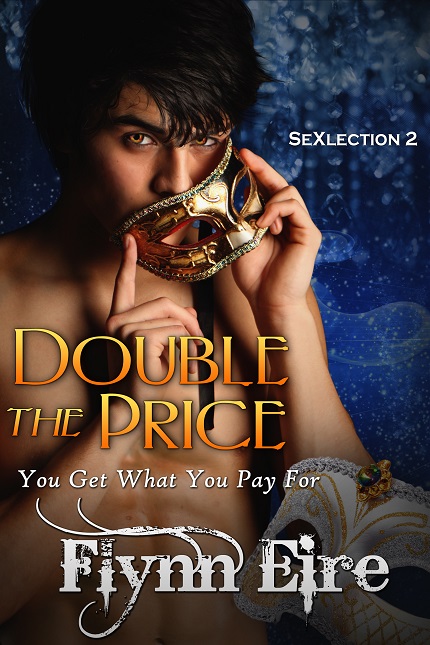 Neil Morgan knows there’s a high price to fine quality, but simply never thought of it in reference to a person. As a New York businessman, Neil must keep up appearances even if he dislikes what’s required of him. While trying to contain his shock at the activities of the local Buy Ball, a gorgeous ocelot propositions him.
Cecil Torres wants the right master and he thinks maybe he’s found the one when he stumbles upon Neil at the Ball. Getting Neil’s attention is easy—Cecil’s trained to make an entrance—but getting a smart man to agree to a risky bet is another matter. Never one to renege on a bet, Neil gladly pays the steep purchase price. Cecil plans to be everything Neil needs. And as an ocelot, no other cat is as qualified to be the perfect host, in every way.
After one eventful evening, Neil and Cecil hit a bump in the road. Can a misunderstanding of words and Neil’s error in not reading the fine print cost them everything?

I had to Google what an ocelot was.  This is the picture I found.  Beautiful animal!  This is what Cecil’s animal is, and his human side is just as beautiful.  Even though he is a slave/prostitute, he is the ultimate high powered executive’s spouse.  Speaks many languages, party planning and such.  He sees Neil at the ball and knows.
Neil really doesn’t want a slave, but if he wants to be taken seriously, he has to play the game.  Something about Cecil’s proposition just gets to him.  After he purchases Cecil, Neil appreciates all of Cecil’s knowledge.  I can totally see why they fall in love.
Cecil needed to find someone to love, Neil just needed someone to show him how to love.  4 Hearts!
The next book, Cost of Love, is due out August 28, 2014.

To Purchase your copy today, please click here and choose the site you wish to purchase from!

« Melysious Intent by R.L. Rushing Walk with Me by Kaitlyn Stone »