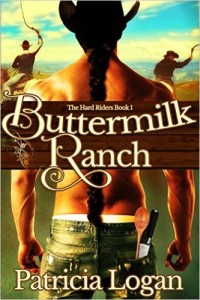 At first I was like a vegan cowboy? Really? but it works. Dell was in a career that could be hazardous to his health in many ways. When a beloved pet dies, he decides that it was time to leave that career and go to the ranch.

With the help of his bestie, Paisley, they make his dream of a vegan/vegetarian restaurant on his ranch. A year after he opened the eatery he meets Pace. From there, the two fall hard and they fall fast. Their love forms during a time in this country where the GLBT community was on pins and needles waiting for the Supreme Court to make their decision. Pace stays with Dell through the storm and shows him how much being with man really is like.

I won’t say what my favorite part is, but I will say it is the last chapter and epilogue.

I have never read anything by Ms. Logan before, but I have to say, after reading this book, I will definitely give her books a read.

Wendell Blackowl has spent all his life in the working cow horse show ring where toiling with sweaty cowboys all day is the fodder for wet dreams. Though privately he’s come to terms with his sexuality, publicly Dell’s had to build a façade. When his beloved horse Buttermilk dies, Dell finds himself at loose ends so he decides to pick himself up by his boot straps and do what he’s always wanted to do… open an environmentally friendly organic vegetarian café.

Pace Avila, well known music critic, has been drawn to Austin by the live music scene. When friends invite him to check out a fresh new dinner experience, Pace reluctantly agrees to push the deadline on his national column. He isn’t interested in vegetarian food or a restaurant with the cheesy name of Buttermilk Ranch Café, but the moment Pace lays eyes on the stunning cowboy chef, things begin looking up.

When openly gay Pace walks into his cafe and his life, Dell realizes he’s tired of living a lie and tired of being alone. When Mother Nature throws an unprecedented storm at Austin, the muddy waters threaten to wipe out everything Dell’s worked so hard to build. He soon realizes that with a man like Pace by his side, love really can conquer all.