With a Twist by Sawyer Bennett 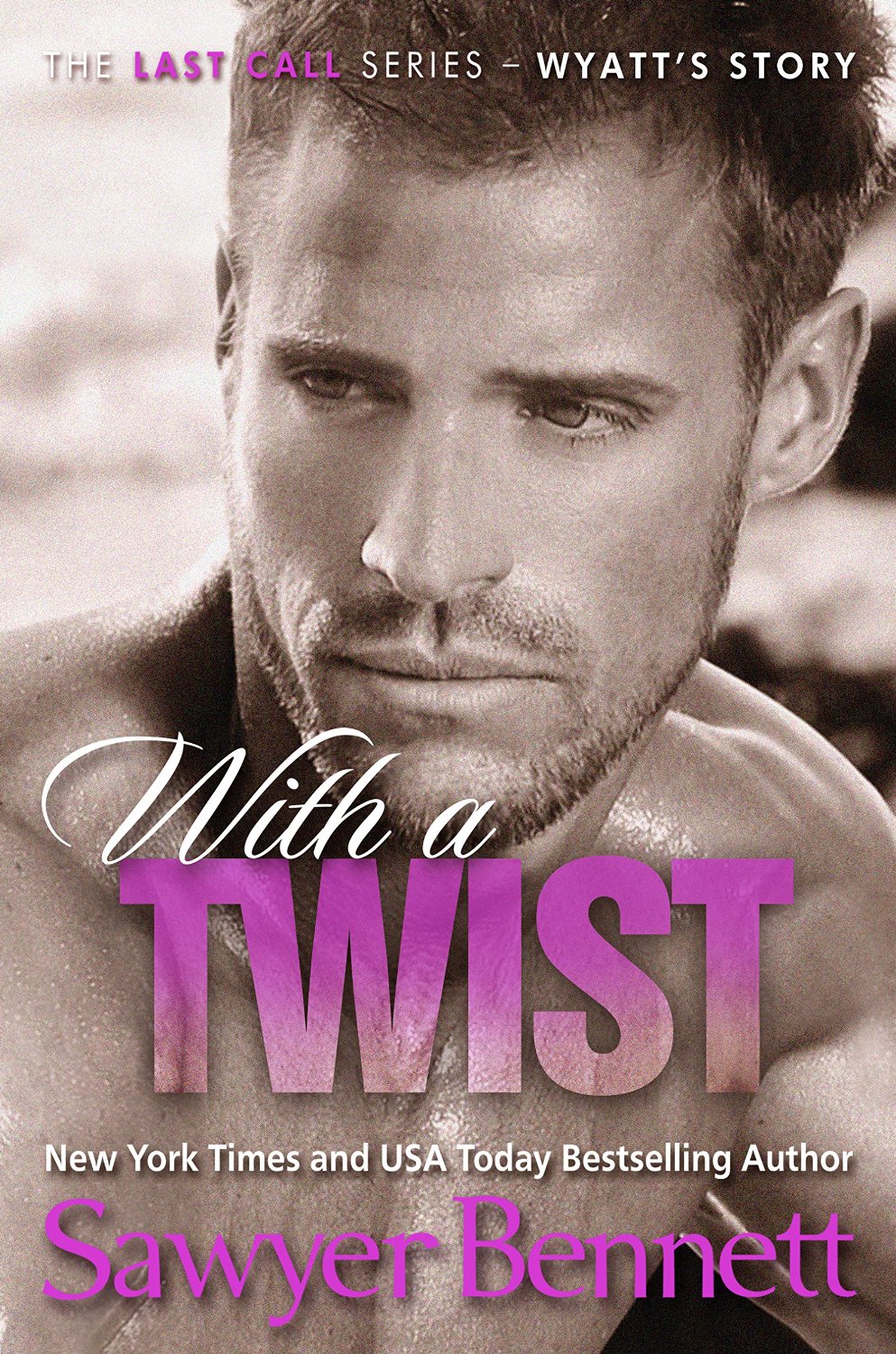 Wyatt Banks is ready to give one woman the world. Unfortunately, his job as a cop tends to interfere with other goals. When Wyatt is sent deep undercover to investigate a sex slave ring, he doesn’t have time to do anything but focus on staying alive in a dark and dangerous underworld.
Wyatt isn’t alone though in his quest to save the women that are being sold into sexual slavery.
His partner, FBI Agent Andrea Somerville, is immersed just as deeply as he is, and she’s the bait to lure the sex slavers out into the open, as she poses as an erotic dancer in an attempt to snare the enemy. But danger runs as high as the sparks between them, and now Wyatt is caught between the job he loves and the woman he wants.

I binge read the series so that I could read this book and know who is who.  You technically don’t have to, but I suggest you do. Wyatt always had a supporting role in the other books, but I was really happy that he got his own book.
I love how Wyatt’s story wasn’t like all the others.  Wyatt goes undercover to take down a slave trade ring.   Andrea’s past skills as a stripper helps her as she too goes undercover.  When she first sees Wyatt she feels an instant attraction to him.   Andrea’s character is not all hurt and jaded like some lead characters are.  She uses her hurt and doesn’t let it stop her in life.  She has her mind on straight.  Until it comes to Wyatt.
I like how they are all twisted up over each other, but it Andrea who “gets it done”.  They are a match made in heaven, or a strip club….whatever!
5 Hearts!

Amazon
iBooks
📂This entry was posted in Uncategorized