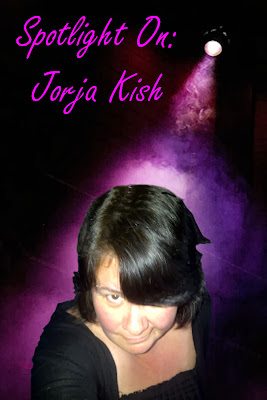 I am please to introduce a new author to you.  I have known Jorja for a while and when she told me she was writing a book, I jumped up and volunteered to spotlight her here on my blog.  Without any further adieu, I introduce Ms. Jorja Kish.
About Jorja Kish
Today, Jorja anchors her butt on a squeaky office chair, occasionally staring out her French doors to the acre of land she calls her backyard, armed with a mug of steaming hot coffee and the occasional chunk of chocolate, as she plunges into the world of her characters and fills her computer screen with the next love story. Living the life she was meant to embrace, Jorja is forever grateful for the sudden opportunity she grabbed with both hands.  Dreams do come true, there is such a thing called true love, and everyone deserves their happily ever after.
Jorja’s first book, My Everything, will be released by Siren Publishing on Wednesday, October 9th.  You can Pre-order today by clicking here.  Below is the synopsis of the book followed by an excerpt.  Enjoy! 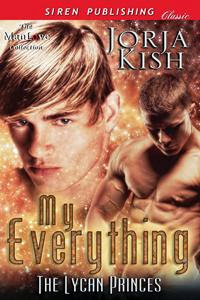 « Double Full by Kindle Alexander My Everything by Jorja Kish »

Thanks Karen, I had a lot of fun with the interview and I appreciate everything you have done for me. The Spotlight rocks! Take care and have a great and wonderful day! Cheers!