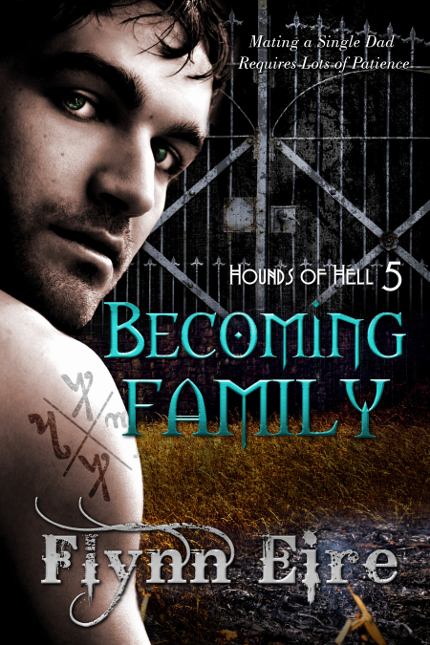 New York Police Lieutenant Eugene Harris thought he’d seen it all when on the force. The good, the bad, and the evil. He never once believed it would be so close to his doorstep. Having men with red eyes break into his apartment would have been too much for anyone, but now he had to come to grips with angels and demons being real. His daughter’s safety depended on it.
Ronan Macfayden falls head over tail for Eugene, and his daughter, Ruthie. He does whatever he feels Eugene needs help with. Spending weeks at his side, getting the new security staff for compound up and running, he hopes Eugene will see him for who he truly is. It only takes a conspiring nine-year-old to nudge them into the right direction.
The two fight to keep the others safe and their relationship on the right path. But the hellish dangers continue, threatening everyone and everything within the compound, calling into question the security in place. Will finding friends once thought long gone stop Ronan from what he truly desires? Will the demons or other obstacles keep Ronan, Eugene, and Ruthie from becoming family?

Ok first I have to say, my hubby is NYPD, so Eugene has a special place in my heart.  Not all cops are as cool calm and collected as Eugene is.  I love how he takes charge of the situation.
Ronan reminds me of my dog.  Following Eugene around like a little lost puppy.  Playing with Ruthie and taking care of them.

However, I think Ruthie stole the story.  She is the quintessential little girl who is 9 going on 35.  Wise way beyond her years.

As always, Flynn grabs you by your heartstrings and you yearn for Eugene and Ronan to resolve their feelings and get together.  Like I have said in the past, for a story that wasn’t supposed to go passed book 1, this series keeps getting better.  4 Hearts!